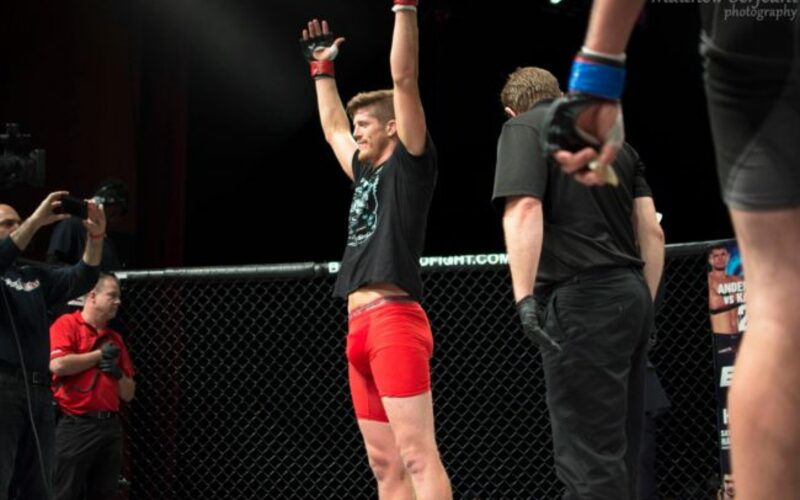 The king of the Submission Underground cage, Micah Brakefield, will make his return at SUG 11. Despite not being expected to sit on the main card, an injury to his most recent opponent Gabriel Checco has put Brakefield in one of the biggest spots of his grappling career. ‘Mitey’ will step inside the SUG cage against Austin Vanderford.

Brakefield has competed in front of the crowd at the Roseland Theatre an outstanding seven times. Most recently, the 31-year-old took on Checco at SUG 10. It was an exciting match-up, with Brakefield falling short in the second overtime. The Titan MMA product is easily the most active British Columbia no-gi grappler.

Vanderford is known for his MMA pedigree. He is undefeated at 9-0 and 3-0 inside the Bellator cage. Most recently, the better half of Paige VanZant earned a unanimous decision victory against Grachik Bozinyan. This will be “The Gentleman’s” second SUG appearance. At SUG 8, Vanderford took on Jake Shields in the evening’s main event. The match went to overtime, with Shields winning via fastest escape time.

The event will air live and exclusively on UFC Fight Pass.

SUG 11 goes down on February 23 with a tag-team main event. The duelling teams will be Craig Jones and Nicky Rodriguez going up against Vinny Magalhaes and Kyle Boehm. The co-main event features Shields vs. Richie “Boogeyman” Martinez. The four-fight main card will be rounded out by a match-up between UFC’s Mike Perry and Al Iaquinta.

Tickets are on sale now online at www.cascadetickets.com and in Portland at Bridge City Fight Shop in Tualatin starting at only $10 for this all-ages show.