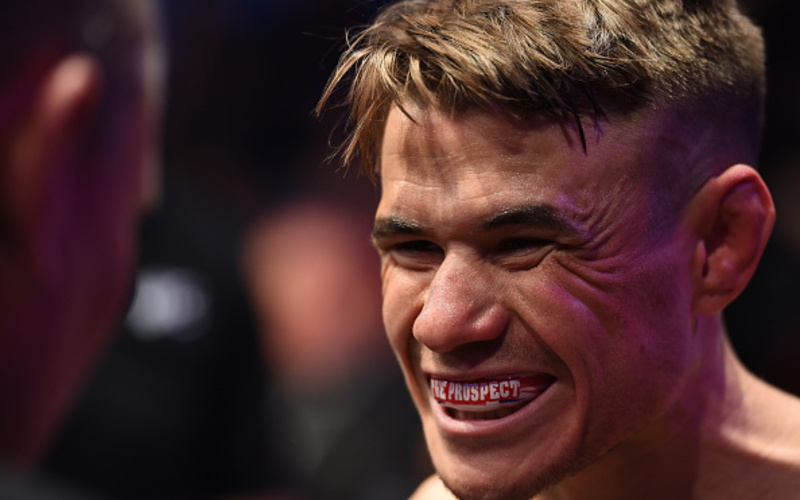 UK prospects are quickly becoming some of the best talents in MMA. With a number of fighters in positions to really take their organisation by storm or break into a top organisation, it is an exciting time to be a UK MMA fan. We take a look at the 5 UK prospects to keep an eye on in 2020. 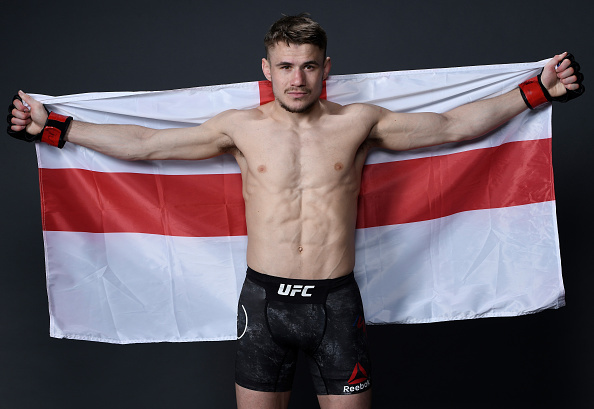 LONDON, ENGLAND – MARCH 16: Nathaniel Wood of England poses for a portrait backstage after his victory over Jose Quinonez during the UFC Fight Night event at The O2 Arena on March 16, 2019 in London, England. (Photo by Mike Roach/Zuffa LLC/Zuffa LLC via Getty Images)

How can you mention UK prospects without mentioning ‘The Prospect’ himself, Nathaniel Wood. Wood is 16-3 in his MMA career and broke onto the UFC scene in 2018. The Brad Pickett protege is 3-0 under the organisation, with all victories coming via submission. Don’t be fooled however, Wood certainly has power. He has finished an impressive nine fights via knockout, including four in a row before joining the UFC.

The former Cage Warriors bantamweight champion made two defences of his title before notching a performance of the night bonus in his UFC debut. Having fought on the main card for the first time in London in March 2019, Wood is quickly making a name for himself in the stacked bantamweight division.

Set for the toughest test of his career, Wood takes on two-time title challenger, John Dodson. What feels like a changing of the guard fight, if Wood can defeat #12, Dodson, it will certainly set him up for a big 2020. You can catch Wood vs Dodson on the undercard of UFC on ESPN+ 25, February 16th. 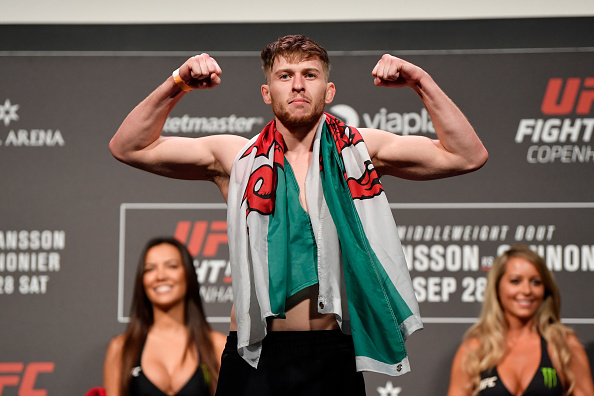 Shore impressed on his debut, seemingly dominating his way to a decision before he sunk in the rear-naked choke. Following this win, Dana White dubbed him as the ‘hottest prospect in the UK’ following his August win. Clearly impressing the UFC brass on his debut, the future looks bright for Shore. He is arguably the hottest prospect in UK MMA today.

With four knockouts/TKO’s and seven submissions on his record, ‘Tank’ is clearly well rounded. We will see him back in action at UFC London in March. Shore faces Brazillian Geraldo de Freitas. de Freitas is 12-5 in his MMA career and 1-1 in the UFC. He was last in action at UFC on ESPN+ 14, where he lost via split decision. 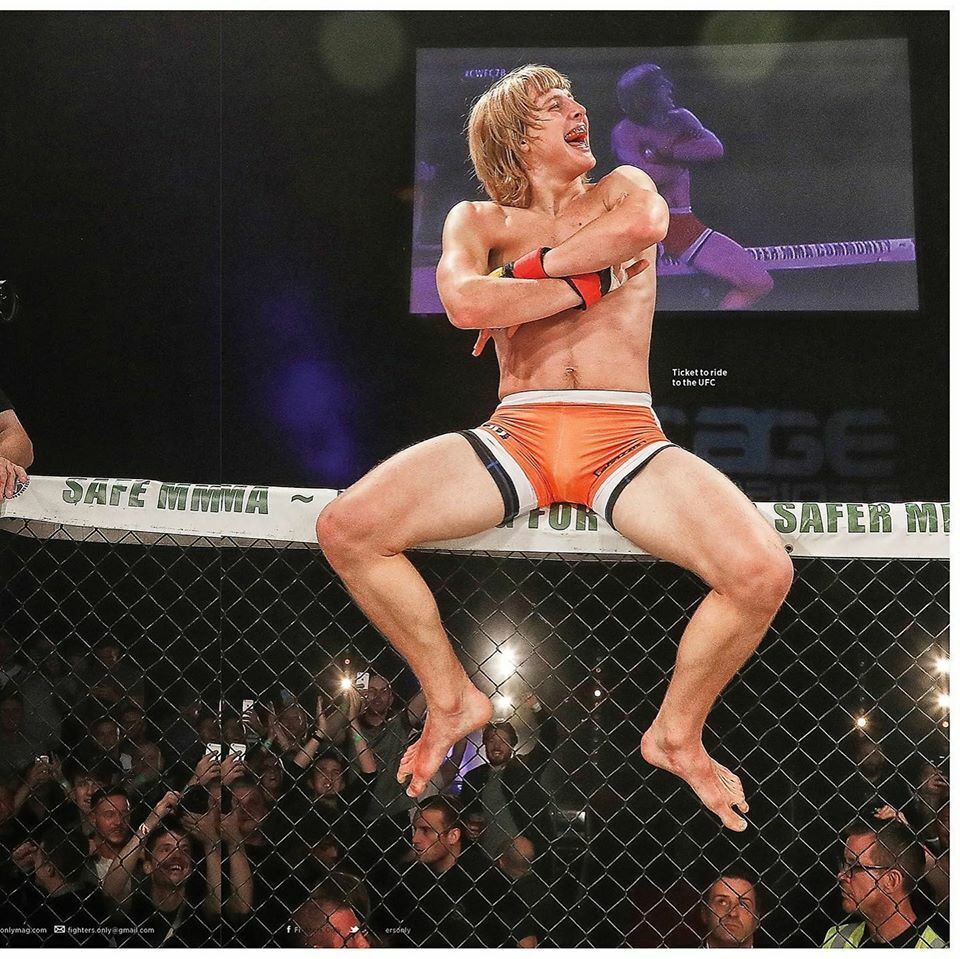 Paddy ‘The Baddy’ Pimblett is one of the most recognisable names in British MMA. The brash Liverpudlian is 14-3 in his MMA career. A former Cage Warriors featherweight champion and lightweight championship challenger, Pimblett certainly has skill. His only losses in the past six years have come to Nad Narimani and Soren Bak.

A stablemate of Molly McCann, Pimblett trains out of the respected Next Generation MMA in Liverpool. Holding 10 finish victories to his name, Pimblett has certainly has killer instinct. This has clearly got him on the radar of the UFC, claiming that he has twice been offered a UFC contract but turned them both down. He did reveal that he would be open to accepting a third, should it come, however.

Pimblett has been out of action since his loss to Bak as a result of injuries. He was due to return in November but his opponent, TUF veteran Joe Giannetti badly missed weight and the fight was cancelled. Will we see Pimblett string a few wins together in 2020 and get ‘that’ call? 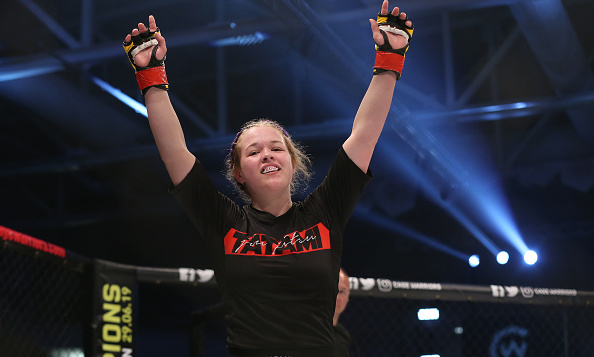 ‘The Hobbit’, Cory McKenna most probably isn’t on the radar of any of the top organisations. Despite this, if the strawweight from Wales continues to impress, it certainly won’t be long. With a 7-0 amateur record, including 4 finishes she certainly shone before turning professional. Professionally she is 4-1, with three finishes. Her only loss came via split decision to Contender Series alumni Micol di Segni. Is this the next female UK MMA star to keep an eye on?

McKenna regularly takes trips to California to train at Team Alpha Male to better herself. At just 21, the former star student decided to focus on MMA straight from school. Could she go on to achieve greatness? Everything is certainly trending that way. 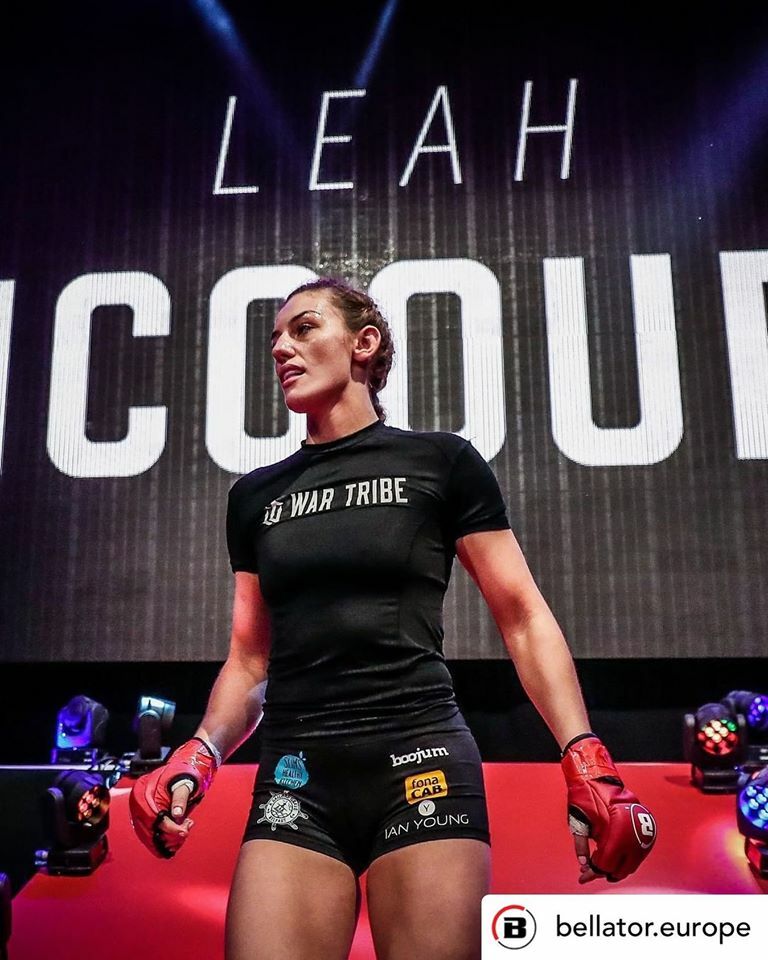 27-year-old Irish featherweight, Leah McCourt is a product of SBG Charlestown. Competing in Bellator’s featherweight division, McCourt has won three in a row. Although she lost her debut, she has impressed since, finishing two of three. Scheduled to compete at Bellator Dublin against Judith Ruis, there is certainly a step up in ability for McCourt. It will mark the first time McCourt has faced someone with a winning record.

In 2016, McCourt captured the IMMAF World Featherweight title. In her three tournament fights, she notched an impressive three finishes. In what is a very shallow division in all organisations, McCourt could make a name for herself at featherweight. Following the retirement of Aisling Daly, between McCourt and Sinead Kavanagh, the Irish certainly have women’s talent to get excited about!