“Rampage” Jackson. Wanderlei Silva. “Shogun” Rua. While PRIDE‘s heavyweight division was its crown jewel, its middleweight division (205 pounds, which then and now is the light-heavyweight division in the UFC and many other MMA promotions) were the best in the world. Many fans regard their careers highly to this day, but forgotten among them is Ricardo Arona.

Despite being less of a household name among fans, Arona might have one of the group’s most impressive records. He had victories over Kazushi Sakuraba, Alistar Overeem, and Dan Henderson and snapped Wanderlei’s eighteen fight win streak at 205 pounds. His few defeats included a questionable decision loss to none other than Fedor Emelianenko, a slam/headbutt KO from Rampage that might have been a no-contest with instant replay, and a KO loss to Shogun just after a long fifteen-minute struggle with Wanderlei.

There we see the reason for Arona’s relative obscurity. The BJJ prodigy who swept the 2001 ADCC without conceding a single point was a positional grappler, not a submission ace. In MMA he was the muezzin of lay-and-pray. His only highlight moments are his KO losses; while him gouging the cuts of the fan favourite Sakuraba meant that he would never be thought of fondly.

Still though, for the fight fan looking back, there were a few wrinkles in Arona’s game. His striking was awkward, with his chin often left hanging in front of his hips, but he had power. His leg kicks, aimed at the side of the knee rather than the thigh or calf, were a potent weapon. Much like Ryan Hall today, he used fear of his grappling to throw kicks without risking a takedown. His own takedowns were unusually apt for a jiu-jiteiro. In particular, his takedown of Dan Henderson by double legging him into the ropes and bouncing them both off into a scramble shows a high degree of creativity.

How would Ricardo Arona have matched up?

How then would Arona have fared in the UFC, had he been part of the PRIDE influx?    Possibly not well. Other PRIDE alumni suffered from the promotional changes; Mirko Cro Cop was at his best in a square ring. Shogun’s most dangerous weapons were his flying stomps. Arona thrived in PRIDE’s first round, a ten-minute marathon that allowed him all the time he needed off of a single takedown. He made frequent use of grounded knees, forbidden in the UFC ruleset then and now. The higher level of wrestling would also have been an obstacle. This could be evidenced with Arona’s performances against collegiate wrestlers. Highlighted in that loss to Rampage and a split decision win over the smaller Henderson.

Most critically of all however, Arona’s strongest attribute in terms of his top control was his tenacity in reimposing it whenever he lost it. If he was ever bucked off, he would almost always leap right back on top before his opponent rose. Cages offer the possibility of wall-walking far more readily than rings. Since a successful wall-walk results in a user getting right back on their feet, Arona would be forced to take them down again. Combined with the higher standard of wrestling, Arona’s strategy may have been sorely tested.

The Comeback that never came to fruition

Not that it ever came to pass. After PRIDE, Arona would injure his knee in a regional promotion, retiring from professional fighting for good. Rumblings in 2014 of a Bellator comeback went nowhere. Arona was never loved, but in his heyday, he was at least feared. For some men, that is enough. 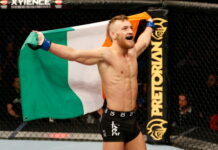 8 years ago today, Conor McGregor made his UFC debut 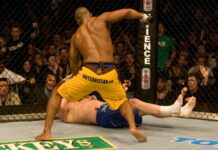 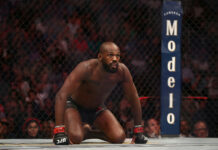