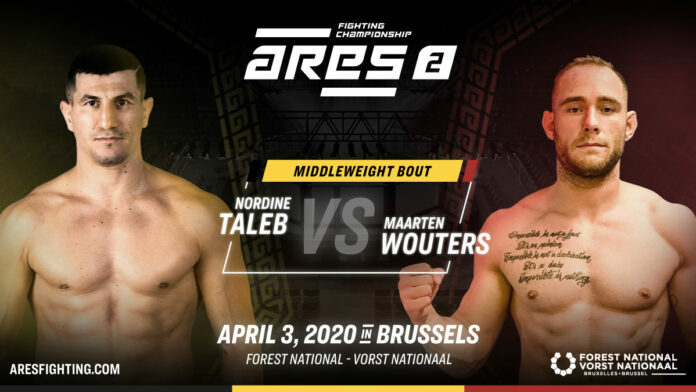 ARES Fighting Championship was expected to hold their second show (ARES 2) on April 3, however, due to the outbreak of the Corona Virus the promotion has decided to postpone the event.

News of the postponement was announced via press release on Friday morning.

“The coronavirus epidemic raises serious questions about contagion in closed environments,” the promotion stated in the press release. “We don’t know at this stage how the situation will evolve. The health of our audience, international fighters, and staff is our utmost concern and we are not willing to take any unnecessary risks.”

ARES 2 was to take place in Brussels and feature a main event between former UFC welterweight Nordine Taleb and Maarten Wouters.

The tickets already purchased tickets for ARES 2 will remain valid for the rescheduled date. Ticket holders can, however, choose to seek reimbursement from the dedicated ARES 2 ticketing operator should they want to.