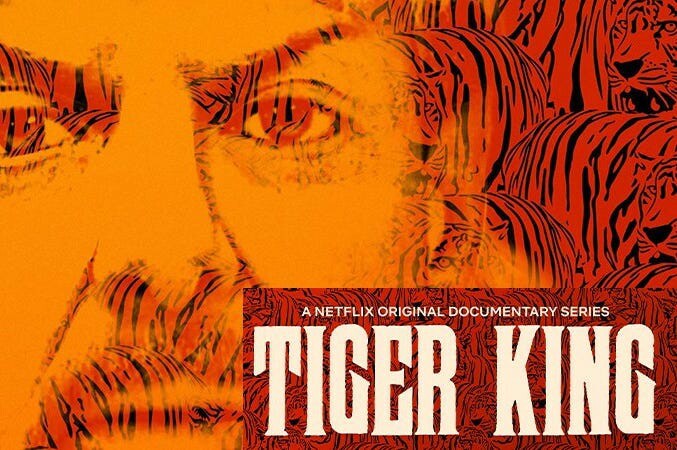 We are all stuck inside and with that, we have plenty of time to sit in front of the TV. This means we can binge watch our favorite show. For me, I saw ‘Tiger King’ on Netflix and was instantly enthralled. Well, it seems that the MMA world is as well.

I have asked our local staff, some fighters and taken some of my favorite quotes from MMA media members on their social media.

Dan Rose: Tiger King is simply put the most horrendously amazing show I’ve seen in years. Joe Exotic is a damn legend and was railroaded and set up. Also, that crazy bike lady definitely fed her first husband to the tiger.

Nate Freeman: There’s so many twists and turns that my mind doesn’t really know what to think about everyone involved. I sit there and watch with my mouth agape from the insanity of it all. Kudos to the documentary team for trying to parse it all together!

McKenzie Guardiero: I couldn’t turn it off. Joe Exotic was wild. One of the craziest shows I’ve watched, just when you thought it couldn’t get more weird, it did. Oh yeah, Carole Baskin should for sure be locked up.

James Krause: Lol it was like a real life Jerry Springer documentary. They all seem crazy as hell so I assume they’re all guilty of what they were accused of lol.

Alan Jouban: Joe’s the real deal! One of a kind type character. He became a phenomenon during an epidemic! And I don’t trust Carol at all. I don’t know if she fead her husband to the tigers but she sure didn’t seem heart broken when that was brought up to her. I have a couple more episodes left and then have to figure out what’s gonna follow that!

Charles Rosa: Joe Exotic is a real character, but you gotta respect his hustle. He does what he wants and Tigers are cool, so it makes for a great documentary. Yes, I think Carol killed her husband, but I doubt she is stupid enough to feed him to a tiger, but hope we find out the facts. Hopefully my fight is still in Oklahoma, because now Oklahoma is much more exciting to me lol.

Tristan Connelly: Haha she (Carole Baskin) totally did it. Joe’s a crazy redneck… nothing wrong with that.

Jamey-Lyn Horth: I thought the show was a joke, it was so weird and I couldn’t stop laughing at first.

I think it’s disgusting keeping these animals in viewing areas and having cub settings. They talked about saving the rainforest because that’s where they come from. But they are breeding these animals in cages. I know they are trying to keep them alive and not let them go extinct, but it’s sad.

I think Carol did feed her husband to the tigers. What other way to hide something from the world than that. And to risk the chance of someone finding the body. It’s crazy to think that even happens.

As for Joe Exotic, I have never seen someone more confused and loony in my entire life. The drugs, his sexuality, his hobbies and his appearance. I’m not judging, but he is bat shit crazy.

James Lynch: I’ve never seen a character like Joe in my life. So many twists and turns in his story. I don’t believe Carol fed her husband to the tigers, but I do believe she was involved.

Finally, check out this Tweet showing how MMA is actually related to this whole saga.

I think the tapout tattoo might be my favorite thing about this pic pic.twitter.com/njWEQsa7Fa