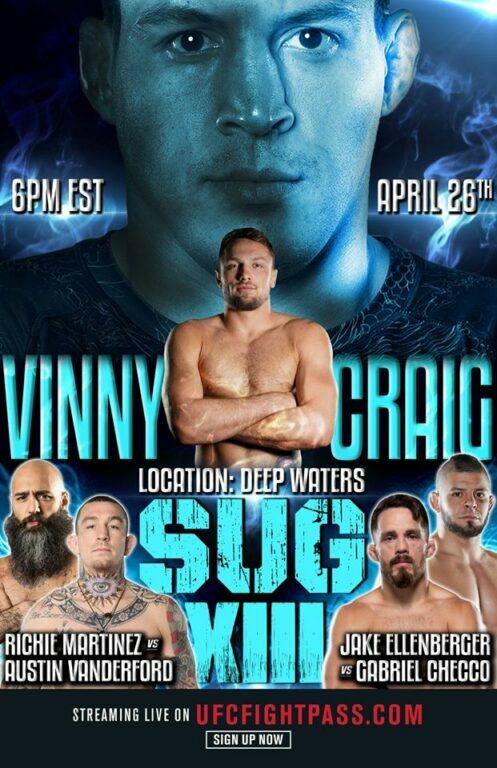 The promotion announced the card on Tuesday afternoon via their official Facebook page.

“No tag team partners, No 25k on the line, No escape…except for the bell. On Sunday, April 26th, Craig Jones ventures into deep waters against Vinny Magalhaes when the cage door shuts at Submission Underground 13! Who do you have winning this one?”

Jones is undefeated in his Submission Underground career and arguably one of the best no-gi grapplers on the planet. Most recently the Australian defeated Kevin Casey with an outside heel hook at SUG 12 late last month.

Magalhaes has competed at a number of Submission Underground events. At SUG 11, he was one half of the tag-team main event with Kyle Boehm against Jones and Nicky Rodriguez. Magalhaes and Boehm defeated the Danaher Death Squad team, but it went with some criticism due to the lack of offense.