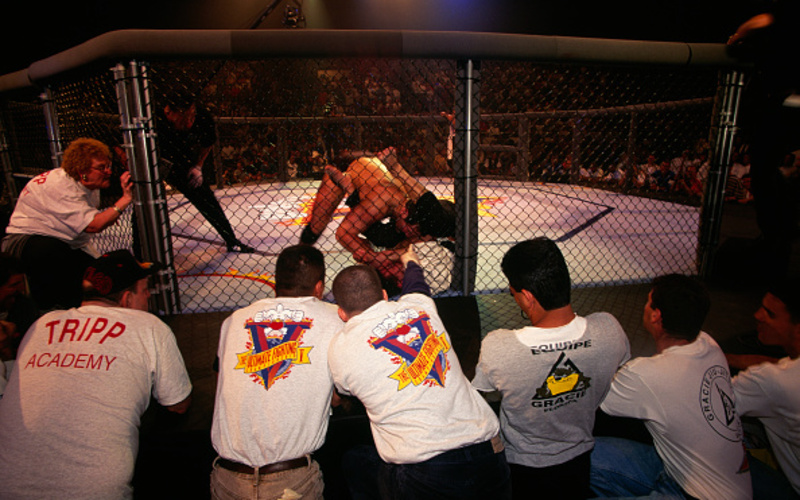 We are undoubtedly in a lull with sports entertainment. Every fight promotion on the planet, including the UFC, is either being limited or outright halted due to the worldwide outbreak of COVID-19.

This situation isn’t quite like MMA dry spells of the past. With access to the internet and a credit card number, there remains a ton of fight content readily available for fight fans. UFC Fight Pass has an enormous library of individual fights, fight events, reality television shows, hype videos, documentaries, and so much more. I would wager that the number of people who have watched everything on Fight Pass could be counted on one hand. I’m not kidding either. There is an absurd amount of content available on that app.

I, like many of you, rely on mixed martial arts for a good bulk of my entertainment. And despite my obsession with the sport, I don’t know the results of every single fight there ever was. I believe I got into this sport about fifteen years ago. And although that’s quite a while, there are multiple early chapters to this book that I just haven’t read yet.

I used to look up specific fights people had told me to watch. I’ve rarely been disappointed by taking this route, but I’ve found that watching full events from the past is a much more rewarding experience. For one, I’m watching something I’ve never seen before. Provided I don’t know the results, I get wrapped up into the event much like I do with modern fight cards. I also learn about various pioneers of the sport. There are a lot of names that have prevailed into modern fight talk, but many veterans of the past have been outright forgotten. You don’t often hear about guys like Oleg Taktarov, Jerry Bohlander, Paul Varelans, Scott Ferrozo, or Pete Williams.

I can’t tell you how rewarding it is to become acquainted with all these careers. By watching the full events, you better understand the context of the matchups back then. When UFC Hall of Famers give their acceptance speeches, I sometimes hear them mention unfamiliar names. These are often the names of opponents they overcame to get behind that podium. Many fans of this sport will never know of the men who stood between legendary pioneers and the indelible status they hold today. We applaud these legends for walking through fire, yet we hardly know anything about the flames.

Last year, I started going back and watching UFC events chronologically. When I would do this, I did my best to avoid the fight results. I found I enjoyed it more that way. Though I don’t always have time to do this, COVID-19 rendered this activity one of the few currently available. If you’re looking to keep yourself preoccupied, I encourage you to give this a try. This experience will be different for everybody, but I certainly don’t regret doing it. I’m looking forward to learning more as I work my way through the years. And when I’m all caught up on the UFC, PRIDE is next.