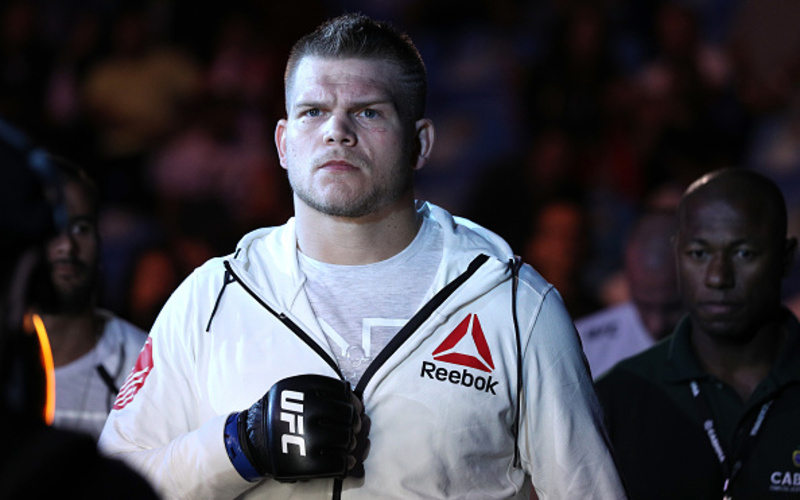 This past weekend, the UFC re-signed veteran, Chase Sherman. He will fight Isaac Villanueva on the May 13th card in Jacksonville, Florida.

Sherman had a seven-fight stint in the UFC between 2016 and 2018. During that stint, he went 2-5. Since being released he went 3-0 in the Island Fights promotion. He holds an overall record of 14-6 with 13 out of his 14 wins via TKO or KO. Sherman also holds a 1-1-1 record in Bare Knuckle Boxing. He won the BKFC heavyweight championship in his second fight. In his MMA career, he holds notable wins over Rashad Coulter, Damian Grabowski, Frank Tate, and Rashaun Jackson.

Villanueva is a 25 fight veteran with a record of 16-9. He will be making his UFC debut after spending most of his career with Fury FC. He has a 6-1 record with Fury FC where at one point he won an defended the Fury FC light heavyweight title. Villanueva is currently on a four-fight winning streak, with his most recent fight being a TKO victory over Rashad Coulter in December of 2019. 13 out of Villanueva’s 16 wins coming by way of TKO or KO. In his career, Villanueva has fought top-level competition such as Rashad Coulter, Trevin Giles, and Justin Ledet.

This fight will take place on the second of the UFC’s three events in one week, with the event being headlined by Anthony Smith vs. Glover Teixeira. The UFC will be making its return this Saturday for UFC 249. Their last event took place on March 14th. Their return will bring events on May 9th, 13th, and 16th. The UFC will presumably return to their regular schedule after these three events, making it more questionable weather “fight island” is actually a thing or not. Either way, we can be assured that as long as everything goes well this weekend, the UFC should be back in full swing.