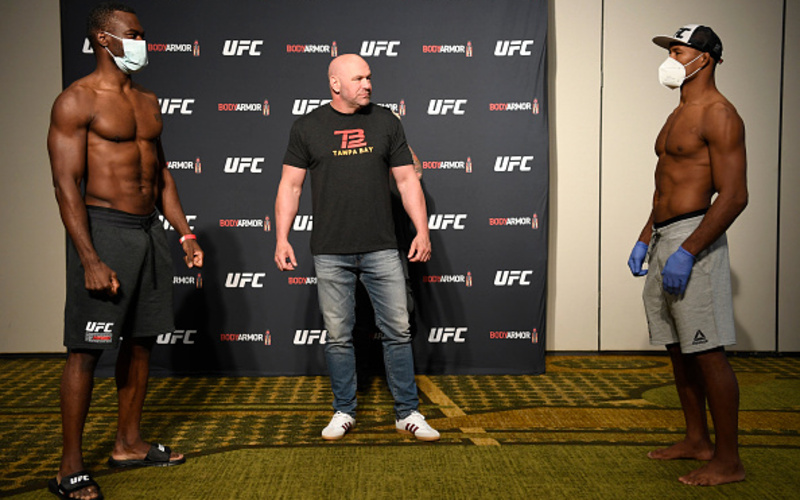 Souza, a former Strikeforce middleweight champion, was moving back down to middleweight after an unsuccessful move to light heavyweight. He lost a split decision to Jan Blachowicz at UFC Fight Night 164.

The 40-year-old Brazilan, mentioned earlier that he was reluctant to fight but did so for fear of falling behind on the mortgage on his house.

Let's not forget that Jacare didnt even want to compete but agreed to so he wouldnt lose his home. #UFC249 pic.twitter.com/OdnljpKZNC

The UFC has not yet announced as to whether he or Hall will be paid their show money as both successfully made weight yesterday.

This is not an ideal situation for either fighter. Uriah Hall sent out a heartfelt message on Twitter regarding his fight with Jacare.

@JacareMMA Brother I know it sucks I’m sorry you have to go through this I am beyond devastated for the missed opportunity I wish you nothing but recovery for you and your family.

UFC welterweight Gilbert “Durinho” Burns who is already in Florida stepped up and offered to fight Hall. “Durinho” is coming off of a stoppage of Demian Maia. Burns was booked to fight former welterweight champion Tyron Woodley next week. Burns, like all UFC fighters that are currently in Florida, has already been tested for COVID-19.

There has been controversy caused by this positive test. This is because Souza had disclosed his contact with an infected relative prior to his arrival.  “Jacare” drove to Jacksonville, where the fight is taking place, rather than taking a plane. In addition, he had been training in isolation with a small team in the run-up to the card.  However, despite being isolated, Souza still made contact with several other UFC personnel, including being close to UFC heavyweight Fabricio Werdum and fist-bumping UFC CEO Dana White.