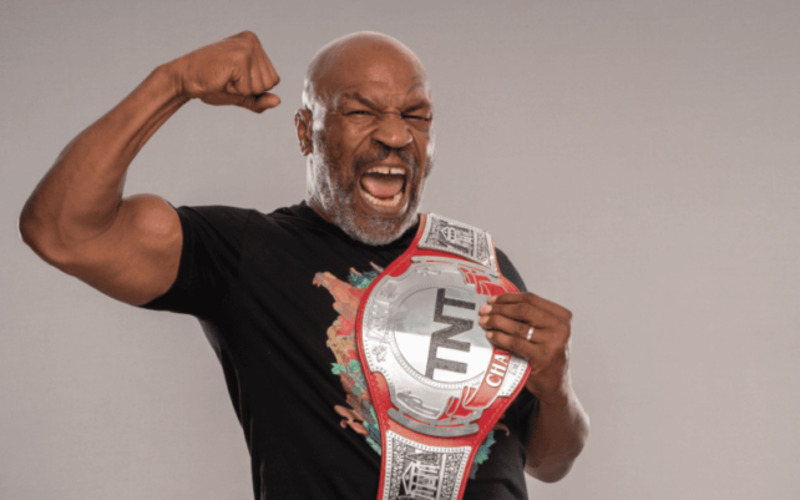 Professional wrestling company All-Elite Wrestling staged their latest event in Jacksonville, Double Or Nothing, on May 23rd. Two combat sports legends were there to take it all in — Mike Tyson and Vitor Belfort.

Belfort was a guest for the closed-door event while Tyson was in attendance to present the new AEW TNT Championship to Cody Rhodes following his tournament victory.

The Brazilian legend was blown away by the product and the athleticism of AEW’s athletes. He enjoyed his time as a fan and witnessed some of professional wrestling’s top talents showcase their skills.

But the fun did not end there.

Tyson, who has been posting training clips to his social media in recent weeks, joined the ONE Championship athlete for a workout following the event. The two can be seen warming up together in the Jacksonville Jaguars facility in a video posted to ONE’s Instagram account.

What do we have here? ? @vitorbelfort @miketyson

Each man has been a part of history in their respective sports and risen to its heights from being World Champions at a young age to becoming icons. Both have been lauded for their speed, power, and quick-knockout ability.

They have a long list of highlight-reel performances in their storied careers. What’s next for the duo?

Belfort is preparing for his inevitable debut in ONE, but is “Iron” Mike ready to come out of retirement for his own run at gold? If so, there may not be a better training pair today, and all fans would love to see the highlights of their workout.