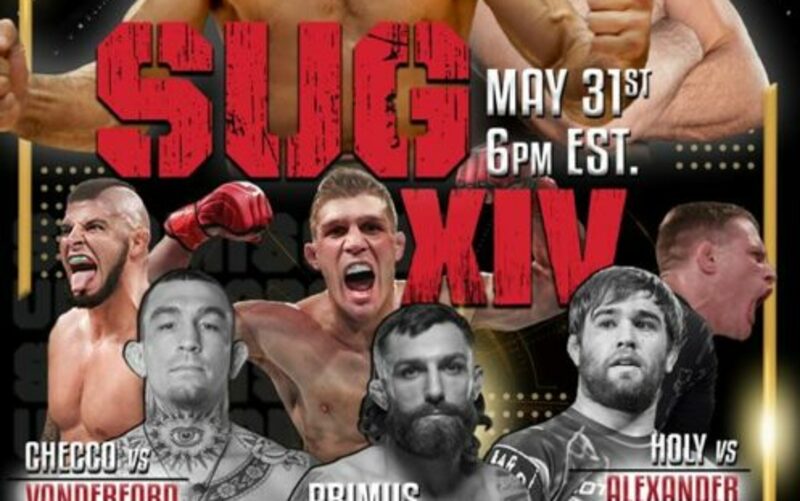 Submission Underground is back for Submission Underground 14 live on Sunday, May 31st. A star-studded event that will have one of the best grapplers in the world headlining once again, as Craig Jones will take on Vagner Rocha in the main event. Jones has an undefeated SUG record and he most recently fought back at SUG 13 where he forced Vinny Magalhaes to quit mid-match due to an injury from a Jones heel-hook. Rocha has already faced Jones once before, and he came out with the victory. They faced each other back in 2017 at EBI 11, and Rocha won by having the fastest escape time.

Two winners from SUG 13 will also make an appearance on the main card as Austin Vanderford will face off against Gabriel Checco. Checco earned his win against UFC veteran Jake Ellenberger and Vanderford earned his win when he shocked the grappling world by submitting “The Boogeyman” Richie Martinez.

Other notable fights include another UFC veteran, as Jake Shields will take on Brent Primus in the co-main event. Even the undercard has great matchups, especially the matchup between Don Stoner and the 20-year-old blackbelt who is making his SUG debut, Roberto Jimenez.

Keep it locked to MMASucka for Submission Underground 14 results and updates all night long.

Brent Primus def. Jake Shields via Submission (Armbar) in Round 1 of Overtime

Bryan Nuro def. Ryan Healy via Submission (Armbar) in Round 1 of Overtime

Tobias Baker def. Charlie Gilpin via Submission (Armbar) in Round 2 of Overtime