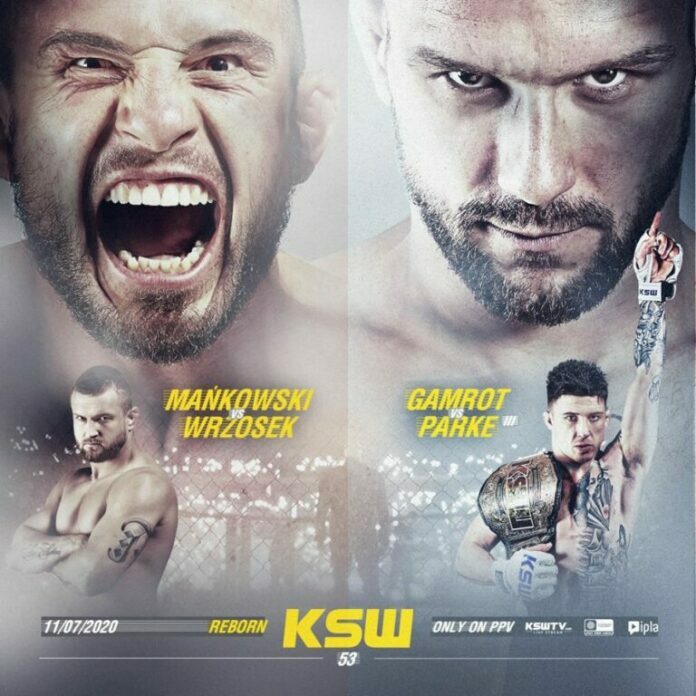 It’s finally here. KSW is set for its long-awaited 2020 debut, KSW 53: Reborn. The studio-based show will take place this Saturday, July 11, 2020, in Warsaw, Poland. The broadcast will be available on KSWtv or the new KSW app. Although Norman Parke missed weight, the main event is still on. The title is off the table for Parke, but the chance to even the score is still there. Gamrot defeated Parke at KSW 39 in a very close split decision. The two met again at KSW 40, but the bout ended controversially due to an eye poke. The bout will also remain as a five minute, five-round bout.

The rest of the fighters on the card made weight, including co-main eventers Borys Mankowski and Marcin Wrzosek. Both fighters will no doubt put on a show and could easily steal Fight of the Night honors. Mankowski and the Polish Zombie are both former KSW champions with the ability to dominate. Which of these seasoned veterans can get back on track and give it another go for the KSW world title?

Keep it locked to MMASucka for all your KSW 53 results and updates from start to finish.