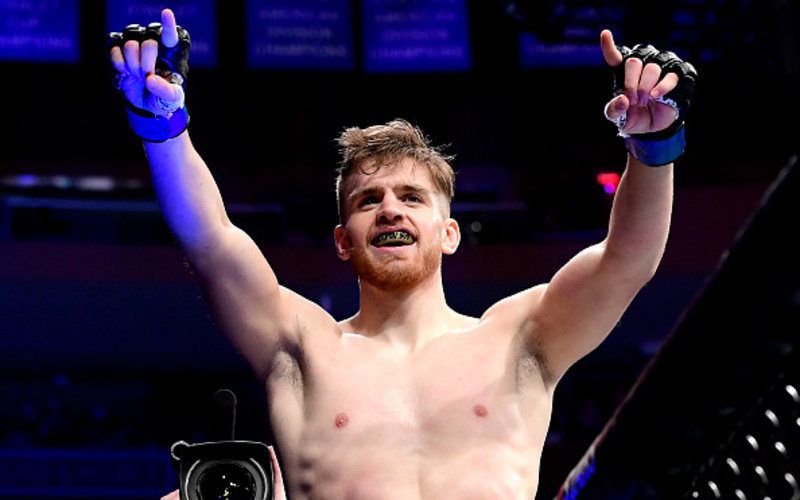 Edmen Shahbazyan dazzled the MMA world with a stunning head kick knock out of Brad Tavares at UFC 244. That’s the same fighter that current middleweight champion Israel Adesanya took five full rounds to beat. At the time Shahbazyan was 21 years old (since turned 22). He is already on the radar of the UFC elite and is managed by none other than Ronda Rousey.

Yet many fans, are not fully aware of this. That head kick knockout should have been a crowning moment for the young martial artist. However, UFC 244 was filled with a number of other spectacular knockouts. In fact, Shahbazyan’s knock out was only one of five knockouts in a row that occurred over the prelims and the main card. To top it all of, the main event was the BMF title match which also ended in controversy.

So perhaps it is not entirely surprising that many members of the MMA community do not know who Edmen Shahbazyan is. However, UFC president Dana White recently took to Instagram to announce that Edmen Shahbazyan will be competing soon. His opponent will be the long time middleweight standout, Derek Brunson. Shahbazyan and Brunson were initially scheduled to face each other at UFC 248. For reasons which are not fully clear, the bout was rescheduled to take place at a later date on the same fight night card between Alistair Overeem and Walt Harris. The fight was again postponed due to Covid related reasons.

Following White’s announcement, Shahbazyan and Brunson will now serve as the main event on the UFCs August 1 fight night card. However, the bout will remain a three-round main event. This is a rare but not unprecedented decision on behalf of the UFC. Notably, the fight between Zabit Magomedsharipov and Calvin Kattar last year was also a three-round main event. The decision comes on the heels of Irene Aldana pulling out of the fight due to being diagnosed with Covid-19.