Believe it or not, it’s 2020 and we’re talking about Mike Tyson and PPV boxing. Yikes. Proving the age-old adage, that a fool and his money are soon parted, professional boxing is presenting us with the opportunity to spend our money on Mike Tyson and Roy Jones Jr.

Iron Mike Tyson is back!

Mike Tyson is 54 years old and will be having a spirited “eight-round exhibition” fight with 51-year-old Roy Jones Jr. My guess is they are calling it an exhibition to avoid too many sanctions and medicals. Whatever they are calling it, it’s sure to be a debacle similar to when “Fearless Fonzie” on Happy Days tried jumping 14 garbage cans only to crash into Arnold’s chicken shack. Ok, I’m old. Well, you’d have to be old to have a genuine interest in seeing Mike Tyson and Roy Jones Jr. step into the boxing ring, right?

Nobody is really sure how this is going to play out, but there is one thing you can be sure of. People will watch it. Mike Tyson is one of those men who just encompass the big fight atmosphere. Mike Tyson lost his last bout to Kevin McBride back in 2005. Doesn’t matter, Iron Mike still has the ability to draw a crowd.

As far as Roy Jones Jr. goes, he’s been much more active. He last boxed in 2018, but has four fights in the past five years, all victories. In fact, he defeated Scott Sigmon to win the vacant WBU Cruiserweight title. He also holds the WBF cruiserweight title, a belt he won by defeating Bobby Gunn in 2017.

As if this main event was enough to pry your wallet out of your pocket, it’s being reported that the undercard will feature a bout between former NBA player, Nate Robinson boxing against “celebrity” Jake Paul. Nate will be giving up some four-plus inches in height and has zero boxing experience that anyone can find. Yikes. 2020 is something else, ladies and gentlemen.

The fights are scheduled for Los Angeles on September 12 and will feature boxing and live music. It will be available via PPV and on the streaming app Triller. Triller is also producing a ten-part series on Mike Tyson.

I mean, this is an absolute cash-grab. I circus event of epic proportions and you know what? They’ve got my money. I’ll be tuned in, without a doubt. 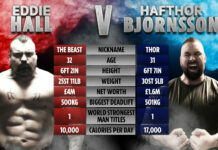 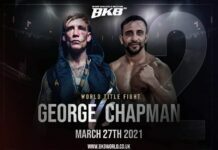