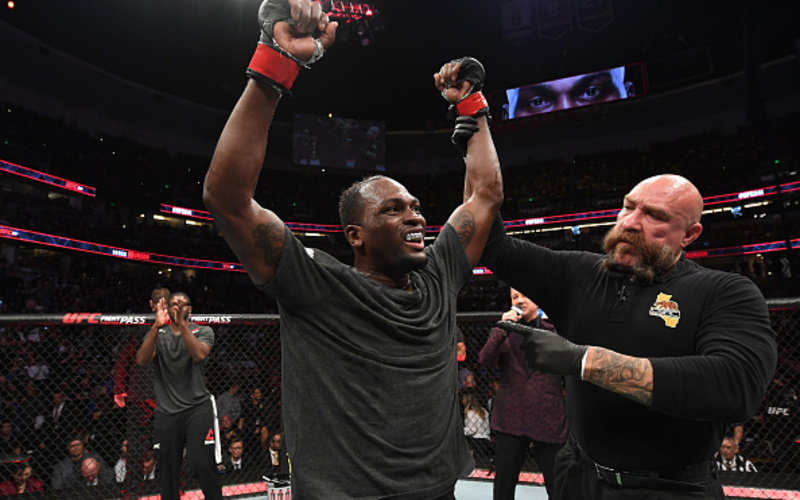 The UFC returns to Las Vegas this weekend after a largely successful stint in Abu Dhabi. A three-round middleweight clash between Derek Brunson and Edmen Shahbazyan headlines the card. Although the card is a touch underwhelming after the quality on show on fight island, there are plenty of interesting matchups that make for some excellent UFC betting tips this weekend.

Kevin Holland (17-5) takes on Trevin Giles (12-2) in a sleeper fight of the night candidate. Both men are keen to establish themselves as a genuine middleweight contender, and a balanced stylistic matchup means that this should be an excellent contest.

Kevin Holland is making a quick turnaround from his first-round KO finish of Anthony Hernandez in May of this year. Holland has an excellent resume and was the last man to finish Geoff Neal, proving that he can truly impress against high caliber opponents. ‘Trailblazer’ combines significant knockout power with impressive offensive wrestling, but will likely seek to keep the fight on the feet against Giles.

Giles has a takedown accuracy of 100% within the UFC, and will almost surely seek to add to this statistic against Holland. This is not to say Giles is a slouch on the feet, with the Texan boasting 5 KOs on his record. Giles would do well to be wary of Holland’s submission game, particularly considering that Holland has a triangle choke submission victory – demonstrating that he is truly dangerous off his back.

Although both men are terrifying finishers, with 14 first-round stoppages between them, there is excellent value on backing Holland to win in the third round or by decision.  Against more prestigious opposition both fighters have been pushed into the later rounds, with all of their UFC bouts against established fighters entering the third round. For this reason, there is a lot of value in betting on the bout going over 2.5 rounds. In addition to this, Holland should have the talent to piece Giles up on the feet whilst providing danger on the mat if he is to be taken down.

Despite being the far more established fighter, Brunson (20-7) is a huge +270 underdog against Shahbazyan (11-0) in the main event this weekend. There are plenty of reasons for this. The reality is when looking at his record, Brunson seems to be the perennial gatekeeper to the middleweight division. However, when delving a little deeper, it is certainly unfair to dismiss the talents of the North Carolina native.

Brunson has only lost to the very elite of the UFC’s middleweight division, namely Israel Adesanya, Ronaldo Souza, Anderson Silva, Robert Whitaker, and Yoel Romero. Although these losses have made for some brutal inclusions on the victors’ highlight reels, there is certainly no shame in having losses to any of the above fighters on your record.

Brunson has a wild style, as highlighted by some impressive first-round KOs over Lyoto Machida and Uriah Hall, both fighters more established than Shabazyan. That is not to say that Shahbazyan does not possess some very dangerous talents, with nine of his eleven wins coming by way of knockout. Brunson could pose some significant problems to his opponent with his wild pressure, and it will certainly be a test of Shahbazyan’s composure and counter-striking.

What makes Brunson even better value this weekend is when you assess Shahbazyan’s bout with the steely Brit Darren Stewart. Stewart is a very talented fighter but has been easily dispatched by opponents numerous times in his recent outs. However, Stewart pushed Shahbazyan to a tight split decision, exposing some huge flaws in Shahbazyan’s cardio and ability to withstand pressure.

Brunson has shown his ability to grind out impressive opponents with recent decision victories over the surging Ian Heinisch and Elias Theodorou. There are no guarantees that Brunson can cause the upset this weekend, but with such wide odds, he is one of the best UFC betting tips that can be suggested for this event.

Vicente Luque (18-7-1) faces Randy Brown (12-3) in a contest that guarantees fireworks. Luque is a modest -175 favorite, but still, carries good value this weekend.

The Brazillian is undeniably one of the most exciting fighters on the UFC roster, and in his last contest, he dispatched of Niko Price after a back and forth war. Luque has an iron chin and has never suffered a defeat via knockout. Because of this, he can stand in front of his opponent and engage in some crazy wars.

Despite all this, Brown will not show any fear coming into this welterweight matchup. Brown has only been finished once in his career and is a serial finisher in contrast. Although Brown is an excellent prospect Luque is one of the most crafty veterans in the career, whose power and traps will likely prove too much for the Jamaican to handle.