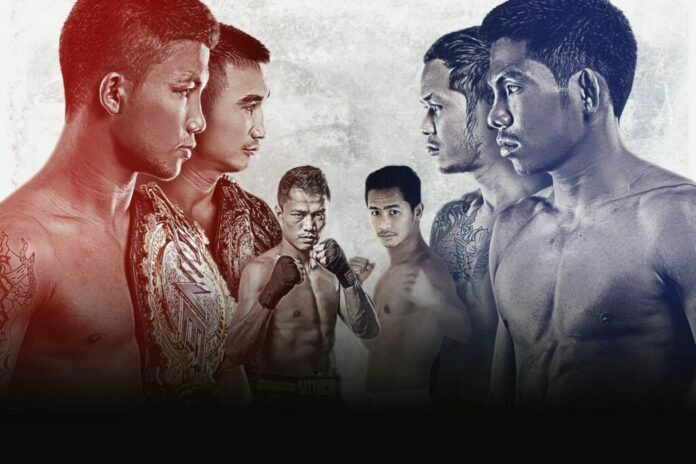 ONE Championship returns on July 31 in Bangkok for ONE: No Surrender.

Atop the bill are two Muay Thai title tilts, and two mixed martial arts affairs help to line the six-bout card. Big names in the striking world fill the docket and should make for an epic event filled with fireworks.

But what are the storylines you should be watching heading into ONE: No Surrender?

Don’t sweat it. Let’s take a look at the three biggest storylines you will want to know before the action gets underway.

Both Sitthichai Sitsongpeenong and Superbon will be making their ONE Championship debuts at ONE: No Surrender. However, the focus is on Sitthichai.

That is not to discredit Superbon, who is an elite talent and holds a win over Sitthichai. But the focus is on “Killer Kid” because of a potential meeting for the ONE Featherweight Kickboxing World Championship against Giorgio Petrosyan.

Petrosyan took down the ONE Featherweight Kickboxing World Grand Prix last year and is seen as the top striker in the organization. The addition of Sitthichai immediately brought visions of a superfight for the gold. Even ONE commentator Michael Schiavello included it in his top bouts than he wants to see in the promotion saying, “I want to see it determined, once and for all, under ONE Super Series kickboxing rules, who is the best kickboxer on the planet. And I do not want to see it over three rounds – but five rounds (h/t ONE Championship).”

Superbon winning would not spoil the party due to his stature in the sport, but the eyes of the martial arts world are on “Killer Kid” and the prospects of an appointment with “The Doctor.”

Stamp Fairtex is one of the organization’s biggest and brightest female stars. She was attempting to hold three belts in three sports, but an early-2020 loss to Janet Todd saw one of those titles evaporate.

But that historic feat is still possible. It wasn’t a decisive loss, and a rematch for that title is likely at some point. Still, the prospects of a match with Angela Lee for the ONE Women’s Atomweight World Championship are enticing for all involved.

Stamp is 4-0 in mixed martial arts and continues to develop her ground game to make her a threat no matter where the match takes place. Running her win total to five and erasing the taste of her defeat to Todd will push her status back to the forefront of the division.

While she has yet to face a ranked foe in the division, her gradual path up the ladder will help set the stage for an epic showdown should she continue to win.

Rodtang “The Iron Man” Jitmuangnon is undefeated in ONE Super Series action and has been dominant in his performances. The storyline for the main event is wondering if he can keep that streak alive against a man who has split the series with him outside of Asia’s largest sports media property.

Petchdam Petchyindee Academy is not going to shy away from Rodtang. And that makes for an exciting Muay Thai affair in four-ounce gloves.

If Rodtang dominates yet again, his status as the best in the world grows. The case that he is the top dog in the sport gets stronger.

This is a statement bout for the champion. He is main eventing ONE’s return event on the world stage and has the opportunity to showcase his skills in a manner that will leave audiences across the globe in captivated glee.