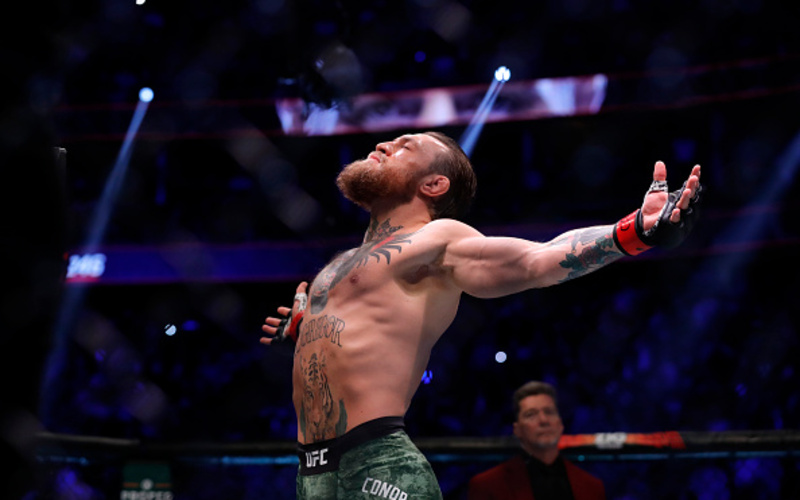 Conor McGregor is always in the news. Most recently, the Irish superstar tweeted “I Accept”. Reporters have been trying to figure out what McGregor accepted.

People first guessed it was a response to Khamzat Chimaev. Chimaev has quickly gained a big following. He also tweeted asking for a fight with either McGregor, Nate Diaz or Jorge Masvidal. McGregor’s acceptance tweet came shortly after. In response, Chimaev responded with “Beg Me”.

However, it was later revealed that McGregor was not responding to Chimaev. However, McGregor has not confirmed what he was referring to.

A short while later, rumours began to circulate that perhaps McGregor and Filipino boxing legend Manny Pacquiao may be scheduling a bout. If true, this would likely be a boxing bout. McGregor used the phrase “tinatanggap ko“. That is the Filipino version of ‘I Accept’.

Recently, UFC President Dana White stated his indifference about the possibility of a fight between McGregor and Pacquiao. Some people have been surprised at White’s reaction. White has always favoured the Irishman, due to his ability to sell pay per views.

However, McGregor has been erratic ever since his 2016 victory over Eddie Alvarez. Since then, McGregor has fought three times. One was his mega boxing payday against Floyd Mayweather Jr.  A second was a comeback bout against Khabib Nurmagomedov for the lightweight title. Earlier this year was a fight with Donald Cowboy Cerrone where he got back to winning ways. It was expected that McGregor would continue being active. He referred to his plans for 2020 as a season.

However, later during the year Conor announced a retirement from the sport. McGregor’s timing on this announcement came at a rough time for the UFC. Several other top fighters such as Jon Jones, Henry Cejudo and Jorge Masvidal also had one foot out the door.

When asked about the retirement earlier this year, White asserted that McGregor was not thinking clearly. Over the years, the UFC have supported Conor McGregor in many ways. They helped build up the big crossover match with Mayweather. They allowed him the flexibility of fighting at welterweight while facing Cowboy.

Perhaps the UFC felt that the loyalty they were owed was not adequately repaid by McGregor. Additionally, the UFC is grooming a big lineup of additional superstars. It is unclear if the indifference of White may be the first cracks at a strained relationship with McGregor.