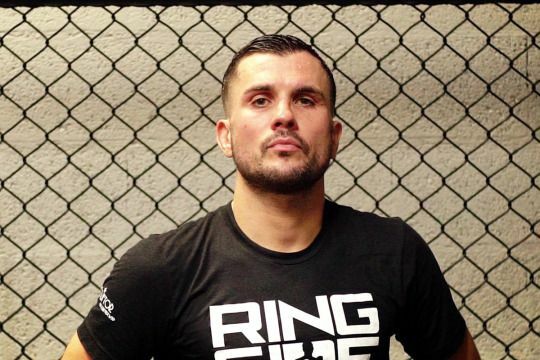 Fabio Pinca is one of the most skilled strikers on the planet, and he will be making a transition to mixed martial arts at ONE: No Surrender III on Friday.

Cheick Kongo and Cyrille Diabate may have paved the path for Pinca to switch from kickboxing to mixed martial arts. Still, Pinca’s lauded past brings more notability and intrigue to his upcoming debut bout against Shannon “OneShin” Wiratchai.

The 36-year-old is a multiple-time kickboxing World Champion with 100 professional victories. While he is a neophyte to grappling, he is not a novice who enters without experience. Pinca instantly infuses the featherweight division with elite striking and a clear path toward the top.

In early 2018, Pinca took Nong-O Gaiyanghadao to the scorecards. No easy feat in and of itself, although it was in a losing effort. He followed that performance up with a knockout win outside of the ONE Championship ranks. Now he is prepared for a return to the ring.

Fabio Pinca debuts at ONE: No Surrender III

But he was not gifted an easy introduction into the sport.

Although the Thai athlete is on a losing skid, those bouts were against top talents such as Shinya Aoki and Iuri Lapicus at lightweight. He showed well in a losing effort, by split decision, to former ONE Featherweight World Champion Honorio Banario at ONE: King of the Jungle in February when he made his return to the division.

The Bangkok Fight Lab and Tiger Muay Thai representative also brings in a background in judo that will potentially post significant threats to Pinca.

The bout gives Pinca a perfect opportunity to showcase his skills and show the world he is ready for this venture by fending off a talented, well-rounded competitor. It is not merely a battle to win, but if he can inspire confidence that he can defend takedowns, then the French striker can be a force in a talent-rich weight class of outstanding mat technicians.

In January, France legalized the sport of mixed martial arts. Pinca, competing under the ONE banner, can help foster growth of the sport in his homeland and become the face of French MMA that is ripe for the picking.

The featherweight division is stacked with talent. It is perhaps ONE’s hottest division. However, nobody in the division has the striking skills of Pinca. If he can show himself well in a dominant outing on Friday, he will instantly become an athlete to watch and have his eyes set on the upper echelon of the division.

The door is open for Pinca. On February 21, he will have the opportunity to knock it down and announce himself as a major player under ONE’s bright lights.