The UFC Releases a Handful of Intriguing Fight Announcements 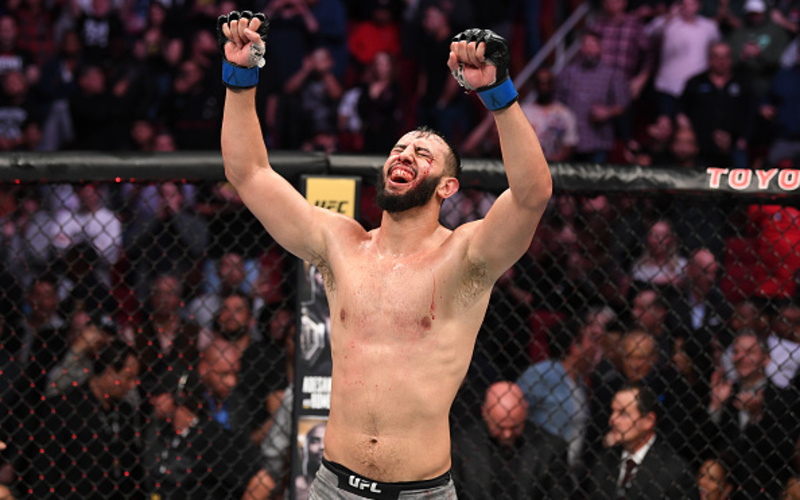 The UFC has made some intriguing fight announcements in the past few days. Dana White and company have certainly been keeping Mick Maynard and Sean Shelby busy in Sin City. I’m not sure if they’re locked in a room deep within the UFC Performance Institute but they are releasing some very fun fights of late.

It all started when Jon Jones opted to relinquish his light heavyweight title and make the move to heavyweight. Jones obviously wants Stipe Miocic and he’ll likely get him. That left a big glaring hole atop the 205-pound class, and a shiny belt without an owner. Which brings us to our first fight announcement. For the UFC light heavyweight championship, we’ll get Dominick Reyes taking on Jan Blachowicz at UFC 253 next month.

This should be a very good fight between Reyes and the very durable Jan Blachowicz. Blachowicz enters this fight having won seven of eight contests and three in a row. In those fights, he defeated Luke Rockhold, Ronaldo Souza, and Corey Anderson. He has certainly earned his spot in the title fight.

Dominick Reyes is coming off of a highly controversial loss to Jon Jones for the championship. Many felt he’d earned the title with his performance but Jon Jones retained the title.

This is going to be a great fight between two deserving the challengers. Dominick Reyes has to be the slight favorite. He has more tools at his disposal and more paths to victory in my opinion. It’s going to be a heck of a fight headlining UFC 253 next month.

Derrick Lewis is only a two weeks removed from a victory in the Octagon against Alexey Oleinik. He’s already got another fight booked as he will take on the very talented Curtis Blaydes November 28, 2020. Derrick has won three fights in a row, and his the raw punching power to keep him in any fight. He always has that puncher’s chance.

Curtis Blaydes is a winner of four straight heading into this clash. It will be a huge fight on a big stage and an opportunity to win over fans and get himself into title contention. Blaydes has only lost twice in his career, and both losses came at the capable and violent hands of Francis NGannou.

The only way I see this fight playing out if Curtis Blaydes staying on the outside, and then closing the distance and taking Lewis down repeatedly. Clinch, takedown, rinse, and repeat. Blaydes will likely win the bout, but I’m not sure he will gain many fans in the process.

These two are set to square off on Halloween night. Anderson Silva is undoubtedly the GOAT of the middleweight division, and despite him being past his prime, he’s still must-see TV. He’s lost two in a row but he is still a threat to anyone when he’s on his game. A fight with Uriah Hall is pretty interesting.

Uriah Hall has won two in a row and has an opportunity to get a big win for his career. A victory over Anderson Silva is always a huge win, and if you do so impressively you can make your career. Hall is in a great spot to parlay this fight into being a household name and break into the upper echelon of the division.

Hall is the younger fighter, clearly. He is a great striker and can compete wherever the fight goes. It’s undoubtedly an intriguing matchup and I’m looking forward to seeing how it plays out.

In two months fans will be treated to a fight that everyone has been excited about. Brian Ortega will be taking on “The Korean Zombie” Chan Sung Jung in a big featherweight title eliminator. These two have been feeding, culminating with Brian Ortega slapping Jay Park, at UFC 248.

Park translated for Jung and indicated that Ortega had been ducking him. In turn, Brian Ortega said he’d slap Park on site. Both attended the UFC 248 event at the T-Mobile Arena and when Chan Sung Jung went to the restroom, Ortega slapped Park. These two have since put the incident behind them, but they both still very much want to fight. It’s finally going to happen and it’s going to be one for the ages.

Ortega has lost once in his career, to former champion Max Hollway. As for “The Korean Zombie”, he enters this fight having won two in a row, including a first-round stoppage over Frankie Edgar. This one is going to be fun!

This isn’t a huge fight in terms of rankings or title picture, but it will be a fun scrap and marks the return of Carlos Condit. Condit has lost five in a row and hasn’t been in the Octagon since 2018. If he drops this bout to McGee, he’ll likely retire and ride off into the sunset. That said, if you’re a Condit fan you remember him from back when he was WEC champion and an absolute savage.

Islam Makhachev is 19-1 and 7-1 as a UFC fighter. He will be riding a six-fight winning streak into this fight and a win could propel him into the top ten in the division. This fight could provide some excellent scrambles and wrestling. For that reason alone is merits mention on this list.