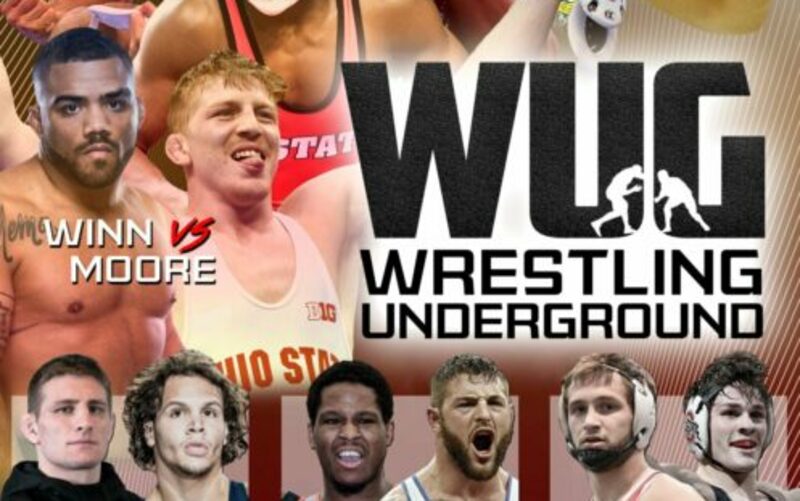 Sunday night will mark the debut of the newest wrestling promotion, Chael Sonnen‘s Wrestling Underground and it will take place right after Submission Underground 17. The main event of WUG 1 will see the bronze medalist from the 2017 World Championships Nick Gwiazdowski take on the bronze medalist from the 2019 World Cup Kyven Gadson. Both wrestlers were three-time All-Americans for their respected schools during their college careers.

Today is the day! Chael Sonnen and UFC Fight Pass bring you TWO events live in the cage tonight!

Sign up to @UFCFightPass and set your time, don't miss a second of the action! pic.twitter.com/zrX1FFJbT9

The show will kick off with a match between 2019 NCAA Championships runner up at 157 pounds Tyler Berger and 2019 NCAA Championships runner up at 141 pounds Joey Mckenna. Another notable match on the card includes four-time NCAA All American David Mcfadden taking on NC State alumni Tommy Gantt. Also on the card is UFC middleweight Deron Winn facing off against 2019 NCAA finalist at 197 pounds Kollin Moore.

In total, the card will have six matches, five of them will be men’s freestyle and one single match of Grecco-Roman. All six matches will take place inside of the Submission Underground cage.

Keep it locked to MMASucka for Wrestling Underground 1 results and updates all night long.

Nick Gwiazdowski def. Kyven Gadson via Technical Fall at 2:43 of Round 1