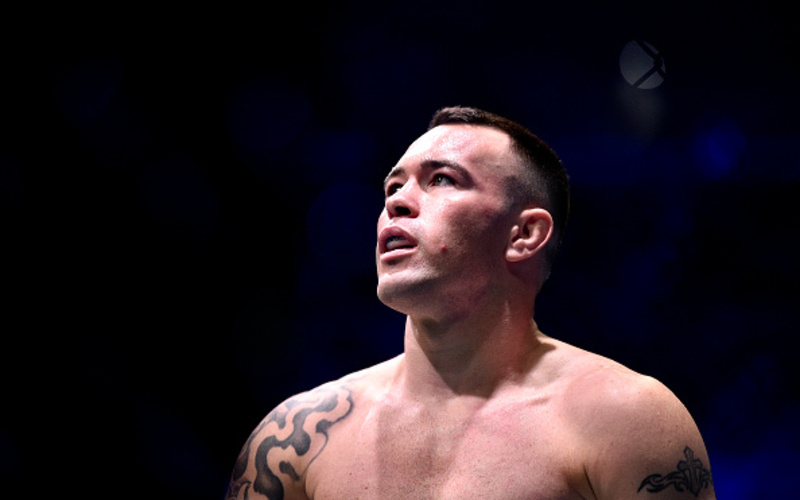 The UFC returns with the main card featuring the long-awaited grudge match. Former champion, Tyron Woodley takes on Colby Covington. That’s not all, the card is stacked with exciting fights top to bottom. In the co-main event, Donald Cerrone takes on the unpredictable, Niko Price. All the action takes place in the UFC Apex this weekend. Ultimately every UFC main card fighter has a lot to lose, but even more to gain as we preview the main card for Saturday night.

Perhaps the hottest fight of the night showcases the seemingly unstoppable, Khazmat Chimaev. Absorbing only one strike in his last two bouts, many believe Chimaev to be the next superstar. The often-overlooked mainstay, Gerald Meerschaert will look to halt Chimaev’s ascension. Acknowledged by Meerschaert himself, he believes he’s being overlooked. Mainly because the promotion has already backed Chimaev by promising a consequent fight with Demian Maia. The UFC main card preview will reflect on what’s on the line for both competitors.

The action rolls on as Johnny Walker looks to get back on track. In his way, Ryan Spann intends to keep his eight-fight win streak alive. Additionally, grappling sensation Mackenzie Dern will make her return to strawweight, facing veteran, Randa Markos. Starting the night off violent will be a fun middleweight scrap between the brash Kevin Holland and United Kingdom’s, Darren Stewart.

A pressure cooker of a main event, all talks come to end. With his back against the wall, Woodley vows to his fanbase he will let his hands go against Covington. The former champion’s last two bouts have gone to lackluster decisions. The common ground between these losses is his inability to apply consistent offense. This UFC main event preview will explore what each fighter can do to net the win.

Shown notably in his loss to Gilbert Burns, the former undisputed champ is struggling to kick it into second gear nowadays. In what so many consider a “must-win”, Woodley possesses the weapons to beat Covington. Supporting his chances is his showcase knockout against the formidable wrestler, Josh Koscheck. Even though this bout was in 2013, it highlights how dangerous Woodley is against wrestlers. By checking fighters with an explosive overhand right, Woodley’s takedown defense has remained stellar for the entirety of his career. A very useful skill set when considering the wrestling credentials Covington brings into their bout.

Despite similar athletic backgrounds, Covington relies on his wrestling more than Woodley. Covington’s conditioning helps advance his game plans. Often fighting to expose his opponent’s weaknesses is what makes him so difficult to beat. For instance, against wrestlers, he uses relentless chain striking, but against strikers, he falls back on his D1 wrestling. In fact, the way he modulates his game was on display against the champion, Kamaru Usman. What so many believed would be a boring wrestling match turned into a bloody war. Covington traded blows with Usman until succumbing to damage in the fifth round. Covington’s style presents a challenging puzzle for most welterweights. In all honesty, this UFC main card preview speaks to the importance of settling this feud.

The people’s main event, “Cowboy” Cerrone takes on Niko Price. Both men are prominent finishes and this fight is guaranteed action. Also, both are looking to bounce back from losses earlier this year. Cerrone comes into the bout with over double the professional fights than Price. However, age will soon be a factor for Cerrone since he is 37. Cowboy’s ground game is always lethal but this fight likely stays standing. Nevertheless, this co-main event preview will serve as an appetizer for the main card with the loser likely ending up on the next highlight reel for the UFC to promote.

Another fight that could easily be the main event is Meerschaert versus Chimaev. Coming off the quickest turn around in UFC history, Chimaev has taken the world by storm. Since he is already drawing comparisons to Khabib Nurmagomedov, Chimaev might be the hottest prospect in the UFC currently. In reality, he still has a lot to prove. Meerschaert has a huge opportunity in front of him. After all, a win would set him up next with a fight against top-ranked Demian Maia.

Meerschaert is no stranger to the ground. Tied with the most submissions in the middleweight division, he already reiterated that Chimaev will not be leaving the cage physically able to fight Maia on Fight Island. However, many question Meerschaert’s abilities after watching his fight with Jack Hermanson in 2018. The cause for concern was how early, and easy Hermansson was able to pass Meerschaert’s guard when the fight got to the mat. If Chimaev accomplishes this early, like Hermansson was able to, many believe this will be a rough night for Meerschaert.

Walker returns for redemption against Ryan Spann. Coming off the first two losses of his career, Walker has been exploring different camps to shore up his shortcomings. Under the guidance of Firas Zahabi, Walker has been rounding out his game. In contrast, Spann has momentum in his corner. Fighting out of the Fortis MMA team, Spann has not lost since competing against Karl Roberson on the Contender Series in 2017. Since then, Spann has collected eight wins, and most of them are by finish. A crossroads fight for both athletes looking to make their way to the top. Now let’s look at some other fights on the UFC main card preview.

Ju-Jitsu ace Dern takes on the veteran Markos in a strawweight clash. If this fight hits the mats, Dern will take over with her elite ground game. While Markos holds her own standing, her lack of finishes throughout her UFC career worries me. Dern will enter the bout with less MMA experience. However, her adept ground game will carry her to a dominant victory if Markos fails to keep the fight standing. Consequently, Markos has lost by submission before in her fight against Cortney Casey. Regardless, it is difficult to measure which main card fighter has better stand-up in this strawweight tilt.

Kicking off the main card, Holland will face off against Stewart. Definitely a low-key banger, Stewart is coming off a submission win against Malki Pitolo. On the other hand, Holland hasn’t been in a boring fight. After punching Joaquin Buckley’s mouthpiece out of the octagon, its clear Holland’s punching power is not to be underestimated. Nor can we question his durability after taking Thiago Santos to a decision on short notice. Supporting Stewart is the fact that he has never been stopped by strikes. While Stewart is more well-rounded than Holland, the biggest question is how he handles Holland’s giant seven-inch reach advantage.

The UFC Vegas 11 main and co-main event will set the welterweight division on fire. Each athlete will have the chance to establish themselves as a household name. A grudge match years in the making will be decided. Questions of Woodley’s longevity will be answered. And we find out if Meersheart can put an end the hype train that is Chimaev. A pivotal fight at light-heavyweight will shed light on the futures of both prospects. Equally important, the showdown between Dern and Markos will establish a contenders-queue and a middleweight scrap starts off our night. The UFC main card preview will demonstrate this Saturday who has the most to gain while performing at one of the biggest events in 2020.