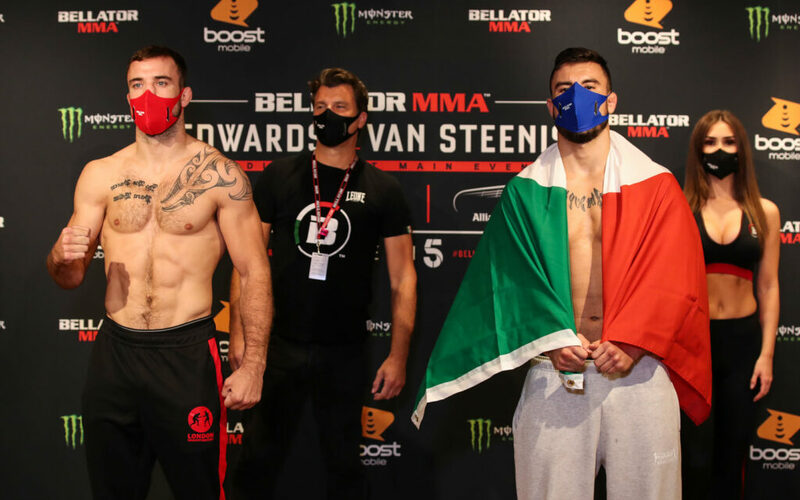 The first of two cards this weekend for our Saturday double-header is in. MMASucka staff picks kick off this afternoon, September 26 with Bellator Milan taking place from the Allianz Cloud in Italy. The main card begins at 5:00pm ET (3:00pm PT) live on Bellator’s YouTube channel.

Stay tuned in just a couple short hours for our UFC 253 staff picks. Also, look in our “Staff Picks” section for a major update regarding the remainder of the 2020 staff picks season.

Rising middleweight stars Fabian Edwards and Costello van Steenis will battle in the main event slot. Edwards comes in still undefeated with eight straight professional victories. Today’s bout comes as his first in 2020 despite having a 4-0 run in 2019 following his signing with the promotion. The youthful 27-year-old looks to back up his last win over Mike Shipman. His opponent, van Steenis, has only faced defeat twice through his career including his last pairing with John Salter. Despite this, he also had a four-fight run in the promotion with his last victory over the aforementioned Shipman in June last year. Van Steenis will look for a thirteenth career win in search for either a fifth knockout or sixth submission.

Two additional 185-pounders of Mike Shipman and Pietro Penini are set in the co-main event. Shipman aims to rebound after back-to-back losses to the men in our main event, while Italy’s own Penini hopes to back up his promotional debut win over Charlie Ward.

A preliminary pairing between Ion Pascu and Stefan Paterno has also been included for our weekend’s picks. See the remaining Bellator Milan fights counted for our MMASucka staff picks further below.

Throughout the year, staff picks will be composed of five different MMA promotions. UFC and Bellator. As of September 25th, the events of ONE and RIZIN will no longer be counted for our picks (including a recent deduction of the last two RIZIN cards from our records). With the cancellation of PFL for 2020, these will be excluded as well.

Check out our Bellator Milan staff picks below.

*Note: not all staff has picked for every event* 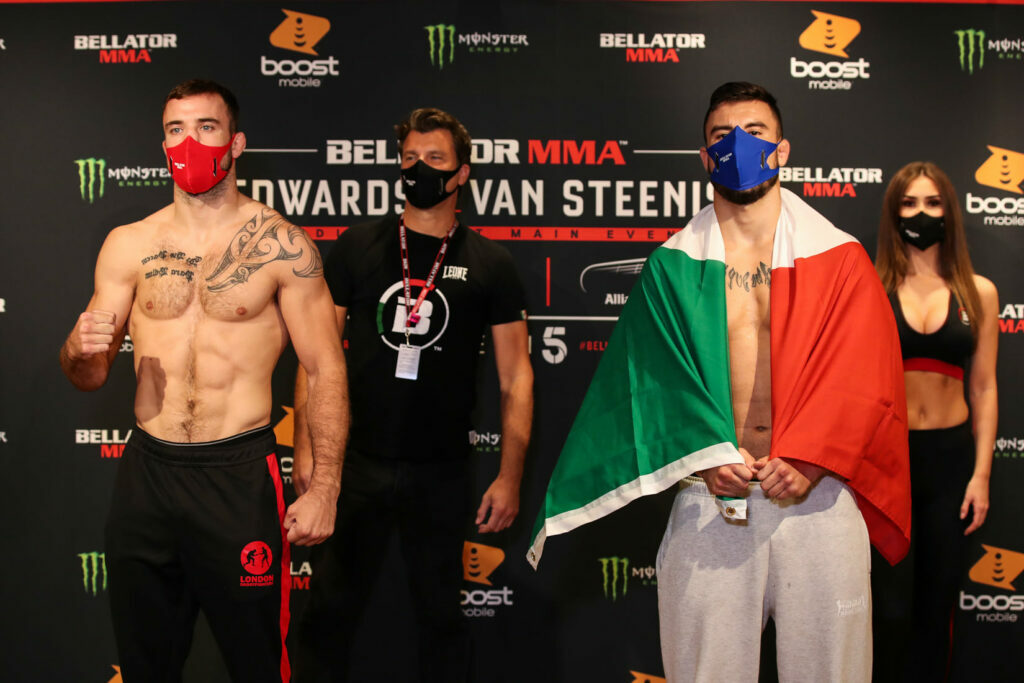