Michelle Waterson- “Becoming the UFC champion would mean everything” 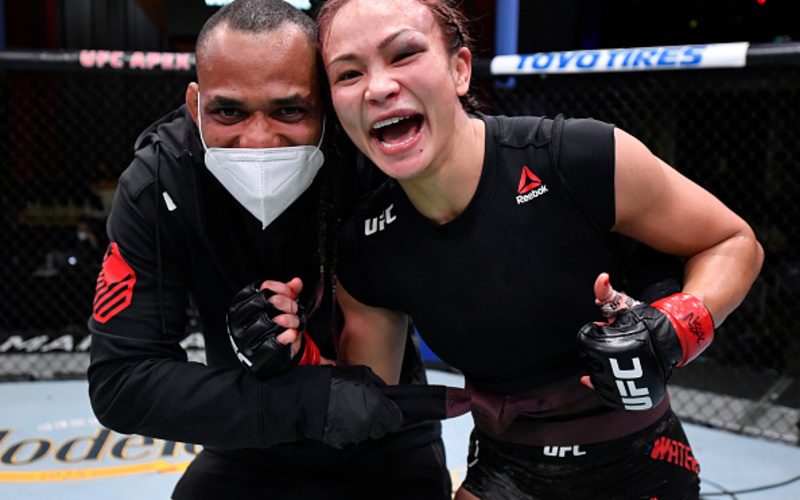 In this week’s interview, we had on Michelle Waterson who is coming off a win over Angela Hill. We just talked about the fight and what’s next for her! Check out the interview below!

In an interview with Michelle Waterson, we talked about many things including her recent win over Angela Hill. It was a very close fight and Angela Hill won the first two rounds, but Waterson came back out after round two and won the next three. She looked very good in these rounds.

We asked her what changed after round two because she started to have a lot more success. Her response was, “The game plan was to take her down and submit her. We had to adjust and I feel like I was taking too much damage. I decided to switch my mentality and I know I could stand with her. If the takedown is there then I will get it. The takedown definitely slowed her down”. The takedown in the third round definitely changed the fight and gave Michelle Waterson a lot of momentum.

We asked her after round five ended, how was she feeling, and did she feel she got enough done to get the win. Her response was simple, “Yeah I absolutely felt I did enough to get the win. I knew for sure I got three, four, and five. It was such a high-paced fight and I wasn’t keeping track of points. I was in the zone”.

One of the last things we asked her is what it would mean to her if she became the UFC champion. This was her response, “Everything, that is the ultimate goal. It’s just being able to fight the best of the best and win. The title itself carries a lot of weight. This is something Michelle Waterson really wants to get and she’s getting very close. It was great interviewing Michelle Waterson and we look forward to her next fight!