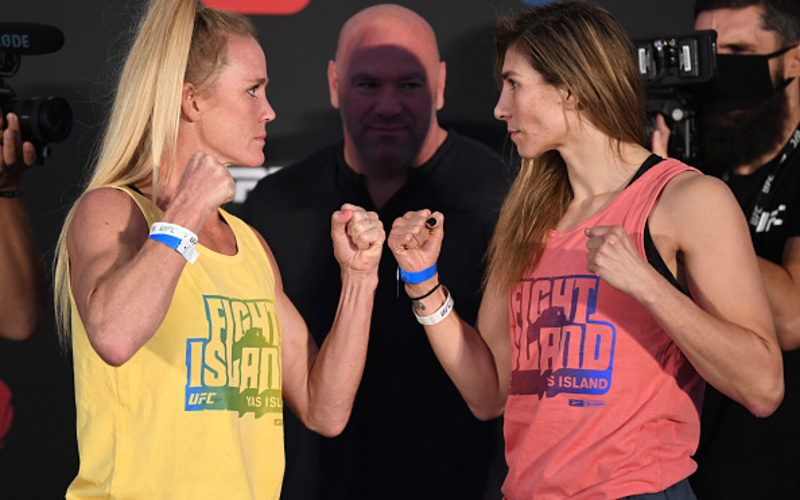 Tonight the UFC is back on Fight Island. We will have UFC on ESPN 16 results live as they happen if you’re unable to catch the action online. The event is headlined by a compelling match between former champion Holly Holm and the highly regarded Irene Aldana. We spoke to Aldana and that can be seen here.

In the co-main event of the evening, Yorgan De Castro will be facing Carlos Felipe in a very highly anticipated heavyweight clash. De Castro is known to have very heavy hands and can end a fight with one punch. Carlos Felipe lost his UFC debut to Sergey Spivak via majority decision. This should be an interesting fight, to say the least.

Also on the card former champion, Germaine de Randamie will be taking on Julianna Pena in a fight that helps determine the next title fight for Amanda Nunes at Featherweight.

Luigi Vendramini def. Jessin Ayari via TKO (Head Kick and Strikes), 1:12 of Round 1