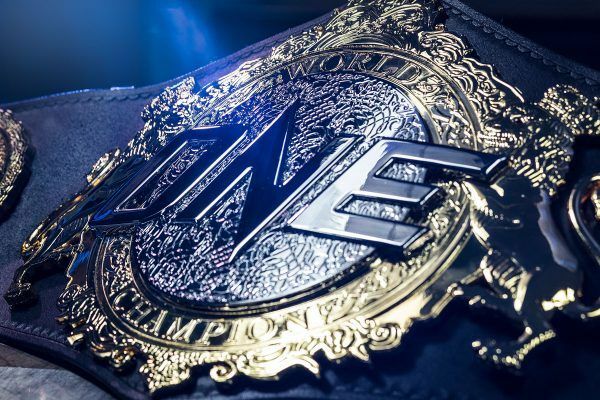 Since ONE Championship returned to action this summer, there has been a constant stream of excellent contests, knockouts, and submissions. But on October 30, ONE brings together a stacked card with four amazing World Championship bouts.

ONE CEO and Chairman Chatri Sityodtong announced on Monday on Facebook. Sityodtong said the event will be titled ONE: Inside The Matrix and gave fans a treat with the four world title matchups.

Atop the card will be a ONE Middleweight World Championship title defense for Aung La “The Burmese Python” N Sang. The Sanford MMA star will welcome his latest challenger, the 12-0 undefeated Reinier “The Dutch Knight” De Ridder.

De Ridder earned his shot with a perfect 3-0 start in ONE competition. “The Burmese Python” is on an incredible seven-bout win streak, and the two-division champion was last seen defending his light heavyweight crown against ONE Heavyweight World Champion Brandon Vera last October.

In the co-main event, ONE Lightweight World Champion Christian “The Warrior” Lee will also take on an undefeated opponent when he meets 14-0 Iuri Lapicus, who is coming off of a lightning-fast submission win over Marat Gafurov.

Lee had an exceptional 2019 by not only winning the gold, but the ONE Lightweight World Grand Prix championship on just ten days’ notice.

Sityodtong said of ONE: Inside The Matrix, “If you love ferocious action with devastating finishes, then you CANNOT miss this one! I predict that all of these world title fights will end in spectacular fashion with a KO or a submission. DO NOT BLINK!!”

The third title tilt embodies exactly those words as fans can expect nothing but pure fireworks when Martin “The Situ-Asian” Nguyen puts his ONE Featherweight World Championship on the line against Thanh Le.

Since joining ONE, Le is a perfect 3-0 with all three wins coming by way of highlight-reel knockout. Nguyen had back-to-back knockouts of his own in 2019.

Lastly, “The Panda” Xiong Jing Nan returns to put her ONE Women’s Strawweight World Championship up for grabs against Tiffany Teo.

Xiong took home the inaugural ONE Women’s Strawweight World Championship at ONE: Kings of Courage over Teo, who now gets a shot at both revenge and the gold.

ONE: Inside The Matrix promises to be an unforgettable night of action with four World Championship matches announced and an exciting undercard still to follow. The stacked event will come your way on Friday, October 30. We will have more on the event as it becomes announced.