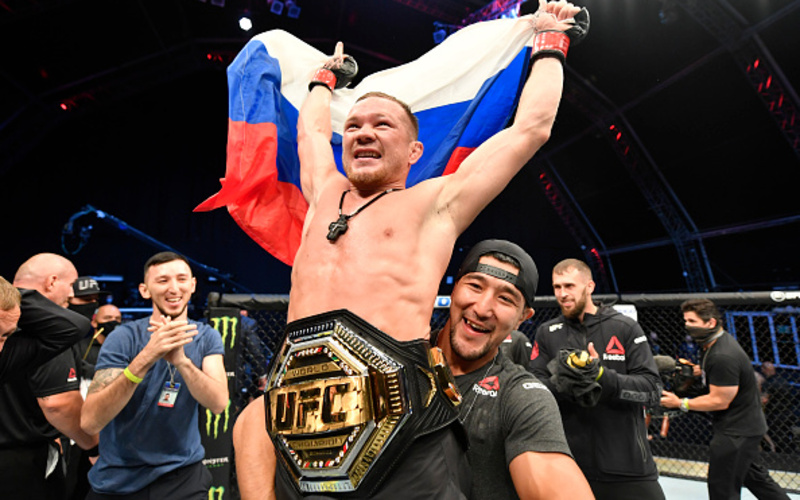 A fight between Petr Yan, current UFC bantamweight champion, and Aljamain Sterling, current #1 ranked UFC bantamweight contender, has just been confirmed, according to Kevin Iole, a reporter for Yahoo Sports. Iole, who interviewed UFC President Dana White today, said that the fight will be the co-main event for UFC 256, which will be held on December 12th. The main event of UFC 256 will see Amanda Nunes defend her UFC  Women’s Featherweight belt against contender Megan Anderson. The eagerly anticipated Yan/Sterling bantamweight bout will pit one of the UFC’s most relentless pressure strikers against one of its most talented submission wrestlers.

I did an interview with @danawhite a few minutes ago. He confirmed that @PetrYanUFC v @funkmasterMMA will be co-main event of UFC 256 on Dec. 12 in Vegas. Nunes-Anderson will be the main.

Petr Yan won the vacant Bantamweight belt at UFC 251. Yan won by fifth round TKO against former two-time UFC featherweight champion Jose Aldo.  The Russian, a Master of Sport in boxing, is a former ACB bantamweight champion. Yan was also the winner of the 2015 ACB Bantamweight grand prix. “No Mercy” also holds wins over John Dodson and Urijah Faber.

Sterling last fought against current #2 bantamweight contender Cory Sandhagen at UFC 250. The New Yorker won the fight by first round submission, by way of a rear naked choke. Sterling, a two time division III NCAA All-American, won a performance of the night bonus for his quick submission victory. “The Funk Master” also holds wins over Jimmie Rivera and Pedro Munhoz.