Joaquin Buckley’s Spinning Head-Kick KO Not the Best Ever 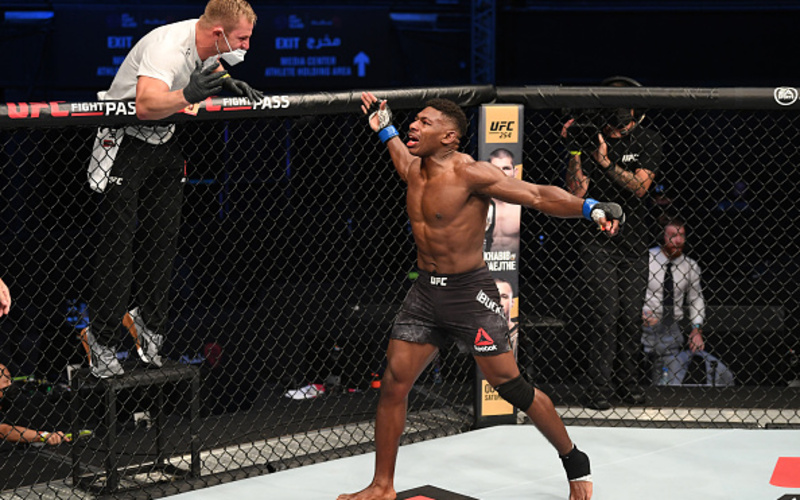 Did Joaquin Buckley have the greatest knockout of all time with his spinning head kick KO of Impa Kasanganay, or have we just not logged on to UFC Fight Pass recently? The UFC is a young sport compared to its established counterparts (NFL, NBA, FIFA). If the promotion was a person, it would turn 27 next month. In those twenty-seven years, we have seen many knockouts. We’ve seen explosive ones, precise ones, and even rare ones such as this.

Go all angles on @NewMansa94's masterpiece 😳

Now, give Joaquin Buckley his just due. This knockout is special. It will be considered a staple highlight for the rest of his long career. One could even say this is the greatest knockout of 2020. But to call this the greatest of all time? Again, doubtful.

There are some examples that you could bring up that would rival this knockout just in the past 10 years. It also depends on the parameters of what you consider a great knockout. If you would be a technical martial arts nerd you’d look to the dismantling Donald Cowboy Cerrone gave to Rick Story with the beautiful 4 strike combination. Another example if your parameter is speed and finality, look to one of the record-breaking knockouts from Conor McGregor or Jorge Masvidal. Lastly, does it have to be an amazing fight of the night? Look no further than the five-round war between the Korean Zombie Chan Sung Jung and Yair Rodriguez in 2018. That fight also takes the cake for rarity in greatest knockouts as well. It was a buzzer-beater/no look/uppercut elbow. CHECK THE TAPE!

MMA fans naturally perform this sensationalism when they see something exciting that they’ve never seen before and it’s understandable. Though the talk around the water cooler for this knockout is a little exaggerated. Respectfully, Buckley just arrived in the UFC this year along with Kasangany. He needs a few more KO wins on his resume before we start giving out accolades such as this.