Bryce Mitchell Gets It Done at the Apex 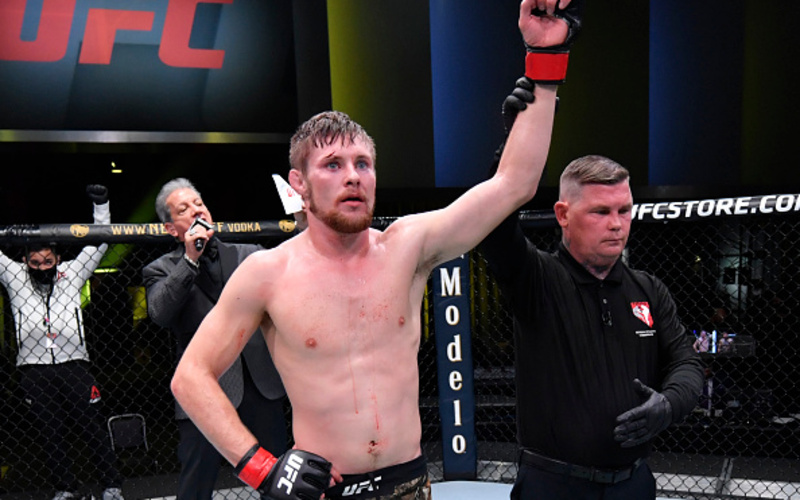 Bryce “Thug Nasty” Mitchell faced Andre “Touchy” Fili in the co-main event Saturday night at the UFC APEX in Las Vegas, Nevada. The pair of featherweights entered the octagon with bad blood. In the pre-fight interviews, Fili didn’t seem to buy into the Arkansas native’s hype. Mitchell, on the other hand, seemed relatively unfazed by the Team Alpha Male member’s remarks, and appeared to be more interested in his custom, camo Reebok shorts.

Mitchell, known for his jiu-jitsu skill, immediately took the fight to the ground. Fili attempted to transition into better positions, but Mitchell found much success by smothering the Washington native. Although Fili was able to stuff some of Mitchell’s takedowns and scramble out of a couple of bad positions, Mitchell dominated round one.

Round two was Fili’s best round. He landed a couple of hard shots that seemed to gain the respect of Mitchell. Towards the end of the round, Fili even partially landed a head kick that knocked Mitchell’s mouth guard out. Despite Fili’s success on the feet, that didn’t stop the 2019 Submission of the Year winner from having his way on the mat. Mitchell continued to work angles and find takedowns.

Entering round three, Fili did his best to fend off Mitchell’s aggressive takedown attempts, but was outwrestled. The 26-year old scored seven takedowns in the fight and had nearly ten minutes of ground control time.

Mitchell earned a unanimous decision nod from the judges. The victory was his fourteenth professionally and his fifth in the octagon.

Mitchell’s future is bright. With such a dominant win, one could only imagine who he could face in his next fight. As the #15 ranked featherweight, it would be interesting to see Mitchell square off with Edson Barboza, Dan Ige, or Josh Emmett.

Bryce Mitchell could be a future champion.