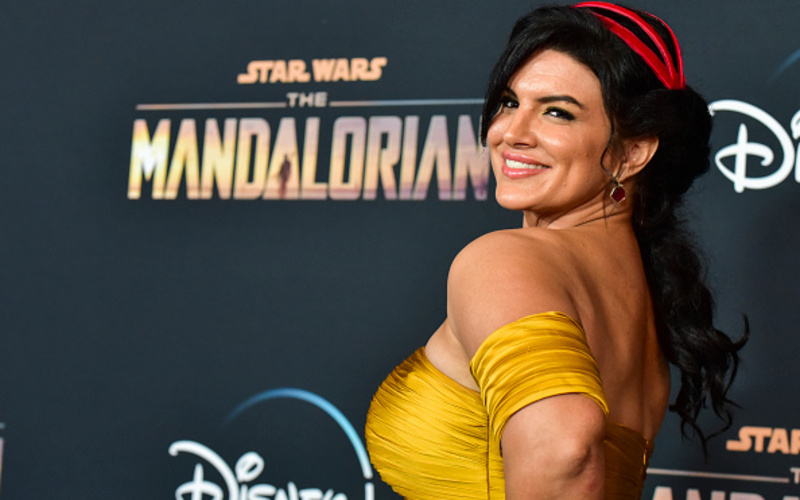 A single Tweet can change the opinion of many people. Well, for former MMA fighter and current star of “The Mandalorian“, Gina Carano, that has happened. Fans have taken to social media and are outraged by her current views about the presidential election and the COVID-19 pandemic.

We need to clean up the election process so we are not left feeling the way we do today.
Put laws in place that protect us against voter fraud.
Investigate every state.
Film the counting.
Flush out the fake votes.
Require ID.
Make Voter Fraud end in 2020.
Fix the system. 🇺🇸

The 38-year-old has been acting since hanging up the MMA gloves and joined The Mandalorian cast as Cara Dune in the first season. Carano made her first appearance in “Chapter 4: Sanctuary” and has been a featured star in the series ever since.

Below are some of the Tweets that appeared on Twitter with the #FireGinaCarano hashtag.

I see #FireGinaCarano is trending worldwide.
Hear me out, what if we just replace Gina Carano with Cris Cyborg again?
Realistically, Gina is aging like a white woman and Cris is just getting finer, put a real bad bitch on the show. pic.twitter.com/7GPrwwnn5m

#FireGinaCarano Trending you love to see it

Get her outta here, @starwars.

She’s a thin-skinned snowflake but very efficient with the block button. #FireGinaCarano pic.twitter.com/Gh4K22C6Nz

hey @disneyplus if you’re going to hold pedro pascal accountable for his posts, do the same for your transphobic actress gina carano #FireGinaCarano pic.twitter.com/W9AoFonYUV

Carano’s last fight in MMA was under the Strikeforce banner, as she lost to Cris Cyborg in 2009. It looks like she is up for another fight, however, this time it’s not in a cage.