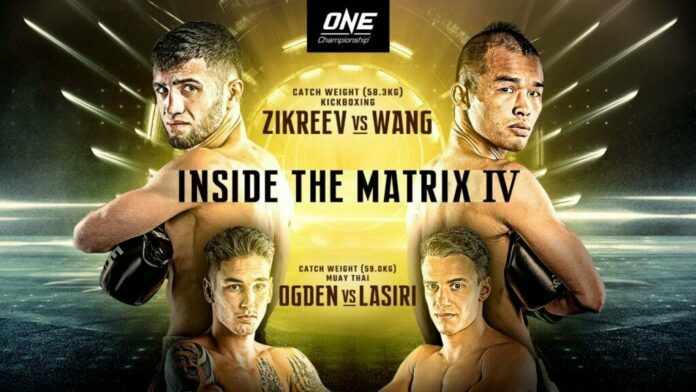 Like the three events prior, the fourth installment of the series will feature a fast-paced five-bout card of martial arts excitement.

Kickboxing galore at ONE: Inside The Matrix IV

The final three bouts of the evening will all be contested under mixed martial arts rules.

In the opening contest of the event, Maira Mazar meets South Korea’s Choi Jeong Yun. The undefeated Chinese athlete will attempt to make a splash in her organizational debut against a tough Brazilian.

Featherweights Ryogo Takahashi and Yoon Chang Min will clash in a pivotal contest that could position the winner well for a title bid in 2021.

The undefeated South Korean has a perfect 100% finishing rate, and Takahashi is hoping to get back in the win column and build upon his outstanding 8-1 record in her last nine outings so that he can rematch now-champion Thanh Le.

Bruno Pucci and Kwon Won Il will meet in a bout that is almost guaranteed to be pure fireworks. Pucci has a perfect 100% finishing rate, and the South Korean has only been to the scorecards once in his career.

Both men have offered nothing but excitement on the global stage, and fans can be sure that the trend will continue in Singapore.

ONE: Inside The Matrix IV Full Card