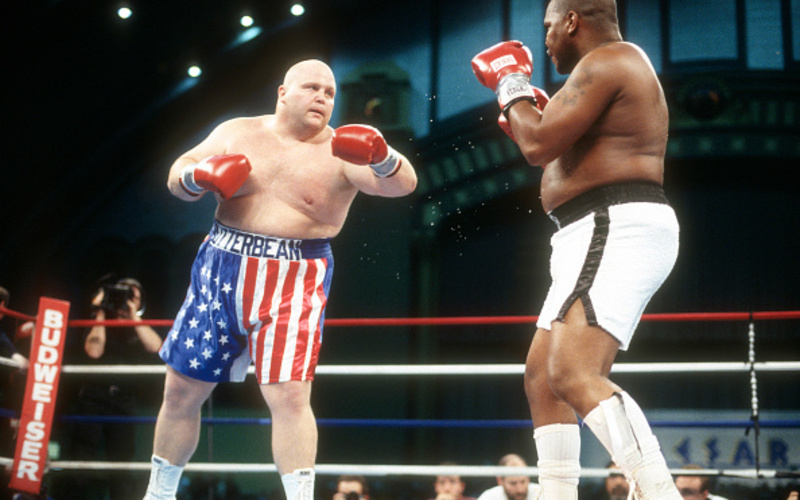 America’s Thanksgiving is just a few days away. With this in mind, it only seems appropriate to highlight the heaviest athletes that have tipped the scales. From boxing to MMA, a few diamonds in the rough have excelled to the spotlight. These are just some of the biggest fighters ever.

The best BIGGEST fighters to ever do it.

Erich Esch, perhaps better known by his nickname Butterbean, was a wildly successful professional boxer during his career. At one point, the 378-lb. American pieced together an astonishing 51-win fight streak. During his career, he won the IBA World Super Heavyweight Title and the WAA World Heavyweight Championship. Esch also had a successful career in MMA, competing in promotions like K-1, PRIDE, KOTC, and Cage Rage. He defeated Dean Storey in 2011 to win the Elite-1 MMA Super Heavyweight Championship. Butterbean also competed professionally in kickboxing, and had a short stint in the professional wrestling promotion WWF.

Alexandru Lungu started his career in Judo in 1991. The Romanian superheavyweight won a number of European titles before transitioning to MMA. Lungu has fought for a variety of promotions including PRIDE and Cage Rage, accumulating a professional record of 18-5. “The Bihor Mountain” started his kickboxing career in 2011. In that same year, he earned the 2011 SUPERKOMBAT Fight of The Year accolade for his fight against Bob Sapp. Lungu continues to compete in kickboxing, winning his last fight against Tamas Hajdu in September, 2020.

Akebono Taro, simply known as Akebono, is one of the most famous sumo wrestlers of all time. His enormous body helped him to overpower his opponents and compete in an aggressive style. He earned the highest rank in sumo, Yokozuna, in 1993. The 500+ lb. Akebono retired from sumo in 2001. Since then, the Hawaiian has competed in both MMA and Kickboxing, facing the likes of Don Frye, Royce Gracie, and Musashi. Akebono also enjoyed success in professional wrestling and even served as president of his own promotion Odo back in 2017.