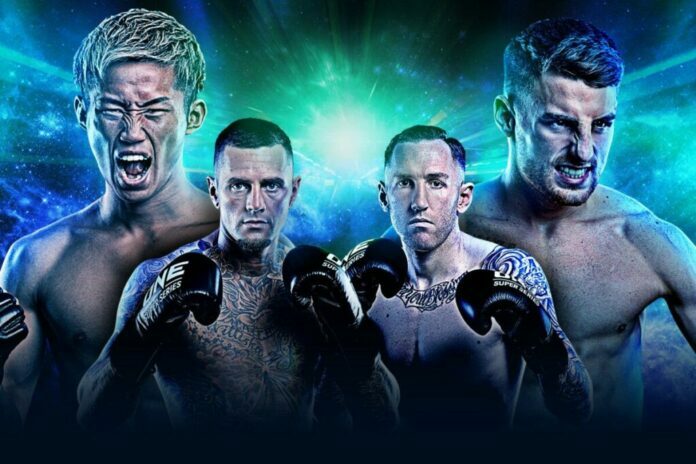 On Friday, December 11, ONE Championship is back for another Big Bang. ONE: Big Bang II comes your way from the Singapore Indoor Stadium for the second and final event in the series.

The six-bout card is split evenly between ONE Super Series and mixed martial arts action.

In the main event, Muay Thai action takes center stage as flyweights Taiki “Silent Sniper” Naito and #3-ranked contender Jonathan “The General” Haggerty” meet to get one step closer to a shot at Rodtang Jitmuangnon and the ONE Flyweight Muay Thai World Title.

The action switches to kickboxing for the co-main event as #1-ranked contender Nieky “The Natural” Holzken meets #5-ranked Elliot “The Dragon” Compton in a critical lightweight affair.

Also on the undercard, heavyweights Errol “The Bonecrusher” Zimmerman and Rade Opacic tangle in what should deliver pure firepower.

Six athletes from six different nations around the world meet in the three mixed martial arts contests of the evening.

Kicking off the show will be a bantamweight clash between Iran’s Ali Motamed and China’s Chen “The Ghost” Rui. The two rising contenders are trying to breakthrough in the ONE athlete rankings and are looking to take a leap forward with a show-stealing performance in the first bout of the evening.

The two featherweights have combined for 16 knockout finishes and ten submissions. Fans should expect them to go for broke for 15 minutes while seeking an emphatic end to the bout.

Both men see an opportunity to challenge for the gold with a significant win on Friday after Kiamrian “Brazen” Abbasov successfully defended his belt against James Nakashima earlier in the year. With the champ looking for a new challenger, now is the time to state their case.

The United States Air Force Staff Sergeant was ever-so-close to becoming the champion in his last attempt. After the brief taste of gold and more than a year away from active competition, he is looking for a highlight-reel victory.

The six bouts give martial arts fans a little taste of everything and help shape the course for 2021. It should be another fun-filled night from Singapore.