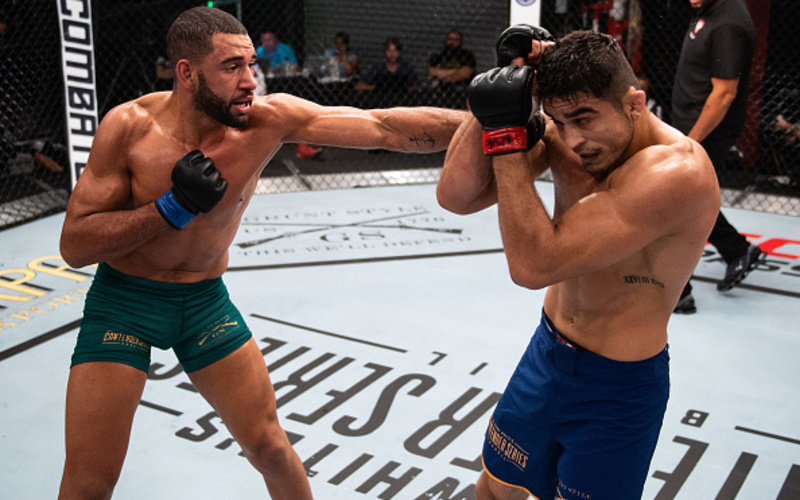 Titan FC 66 takes place Thursday night December, 17 at 5 PM PST. The event looks to be quite interesting and is available on Fight Pass. MMA Sucka will also have live results and some recaps as the event unfolds.

In the main event of the evening, Jeremie Holloway will take on Bruno Assis in a Middleweight clash. Holloway, 10-4 as a professional and enters this fight having won two of three previous fights. In his last outing, he was defeated by Khaos Williams who is currently in the UFC.  Prior to fighting for Titan FC, he competed in Bellator where he was defeated by Michael “Venom” Page.

Standing across from Holloway will be Bruno Assis. Assis brings his 9-5 record to the cage and enters this fight having lost three of four fights. He competed under the SFT banner but has made the transition to Titan FC. Assis is a talented record who is better than his recent record might indicate. He once competed against the UFC’s Paulo Costa but was stopped in the first round.

In the co-main event, Kayla Harrison will take on Jozette Cotton. Kayla Harrison is 8-0 and is one of the stars on the rise in MMA. She won the PFL million dollar championship but has sought fights outside the promotion since Covid-19 shut them down for 2020. Harrison recently competed in Invicta FC where she stopped Courtney King in the second round of their fight last month.

Jozette Cotton is 8-2 as a professional fighter. One of her losses is actually to Kayla Harrison as they met in the first round of the 2018 lightweight tournament. She will at least know what to expect when she is once again in the cage with Harrison.

In their first fight, Kayla Harrison won via third-round stoppage. Harrison was able to gain top position and win the fight via ground and pound TKO. It will be interesting to learn if Cotton has a new approach to the fight.