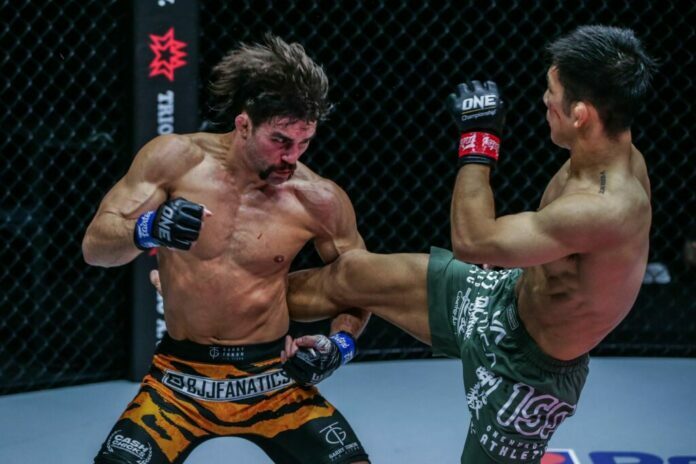 2021 is here, and ONE Championship is poised to return with another strong 12 months of martial arts action.

Although 2020 had its challenges, ONE was able to return to close out the year with a variety of stellar events that saw new champions, new stars, and incredible back-and-forth contests. But as the new year gets underway, who are the stars we need to keep an eye on?

Here is a look at three mixed martial artists you’ll want to know as 2021 takes shape.

Perhaps the most obvious choice of any mixed martial arts athlete is Garry Tonon. The world-class Brazilian Jiu-Jitsu star has made a seamless transition into the sport and carries an undefeated professional record into the new year.

Tonon capped off his 2020 by returning to action against Koyomi Matsushima. It was a step-up in competition to test whether he was ready for title contention. And he passed in flying colors.

Now, as a certified contender, Tonon has his eyes set on the ONE Featherweight World Championship. No matter the opponent, Tonon will possess an edge on the ground, making any matchup intriguing.

Whether it’s a contender’s bout against Martin Nguyen, a title tilt against Thanh Le, or someone entirely different, Tonon’s 2021 should be filled with premier opponents who will test his status as one of the best martial artists on the planet. What’s not to love?

True KO power in the atomweight division is a rarity, but it is something Meng Bo possesses in all of her strikes. When she hits you, it’s different.

The Chinese standout made that known in her ONE debut in November of 2019. She re-affirmed that in October with a swift knockout of Priscilla Hertati Lumban Gaol at ONE: Inside The Matrix 2.

Meng Bo is the #2-ranked atomweight contender entering the new year, which puts her in a prime position to take advantage of a potential title shot right away or be the next contender in line down the road.

There are endless fascinating matchups throughout the roster, but her power is what makes her a can’t-miss athlete to watch in 2021.

Thailand’s Yodkaikaew “Y2K” Fairtex is an unheralded martial arts athlete that all fans should highlight for 2021. He is an all-action competitor who delivers fireworks each time out.

Fairtex is coming off of an impressive split decision victory against Tatsumitsu Wada at ONE: Collision Course. He enters the new year with an undefeated record within the confines of the ONE Circle and could be the breakout athlete of the next 12 months.

Fairtex is a fantastic striker with power and speed. More importantly, his grappling is evolving, which makes him a more difficult out for the top of the division.

If his all-around game continues to develop at the rate seen in 2020, “Y2K” could emerge as a serious threat to the gold. As the flyweight division holds some of the sport’s most dynamic and exciting athletes, every single contest of Fairtex’s in the new year should be thrilling to watch.

Who are your fighters to watch in ONE Championship in 2021? Let us know in the comment section below.