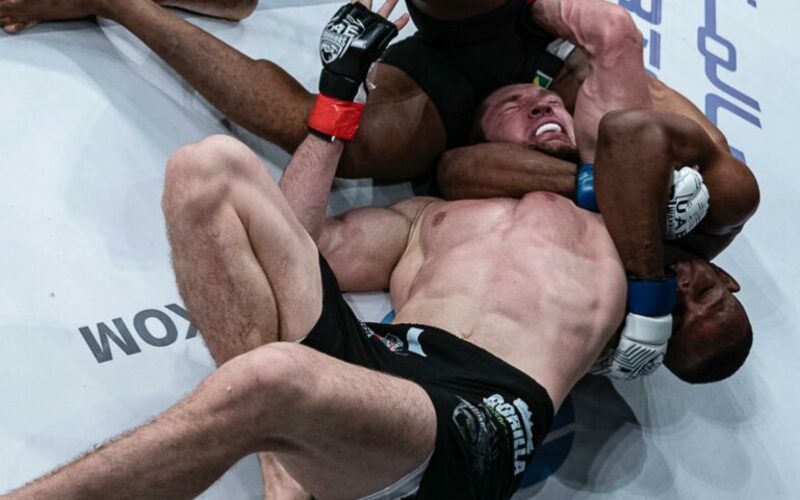 UAE Warriors 15 took place live at the Jiu-Jitsu Arena in Abu Dhabi, United Arab Emirates earlier today. The sixteen-fight card was co-promoted by Eagle Fighting Championship, an organization in which UFC lightweight champion Khabib Nurmagomedov holds ownership. The event was advertised to be a tribute to Nurmagomedov’s late father, Abdulmanap Nurmagomedov. UFC president Dana White was in attendance not only to watch the fights, but apparently to also have a meeting with “The Eagle”.

The card was headlined by a lightweight fight between UFC veteran Mickael Lebout and Bruno Azeredo. Azeredo was able to take away a convincing unanimous decision victory over the 34 fight veteran “Ragnar” Lebout. TUF 23 competitor and UFC veteran Eric Spicely was also featured on the card, facing Rinat Fakhretdinov at middleweight. The Russian Fakhretdinov easily handled “Zebrinha” Spicely, winning by TKO in under a minute. Dana White Contender Series veteran Jesse Arnett, however, was able to eke out a split decision victory at bantamweight over Elias Boudegzdame.

The full results for UAE Warriors 15/EFC 32 can be found below. Fight Network will show an airing of the event tomorrow morning at 7:30am ET/4:30am PT, and will continue to be available on the network afterwards.

Rinat Fakhretdinov def. Eric Spicely via KO (punch), 0:55 of Round 1

Martun Mezhlumyan def. Daniel Vega via TKO (strikes), 3:07 of Round 1

Leandro Gomes def. Mohamed Karim via TKO (ground and pound), 4:41 of Round 1