Khabib Nurmagomedov, UFC lightweight champion, pound-for-pound #1 on the UFC’s official rankings, retired after his successful title defence against interim champion Justin Gaethje last Saturday. But apparently the 29-0, undefeated Russian is already in talks to return to the sport. UFC President Dana White told MMA reporter Zach Gelb that “Khabib and I have been talking… he was, completely emotional that night when he got through that fight, I have a feeling that he might be going for 30 and 0… his dad wanted him to get the 30 and 0, and I think he wants to honour his dad’s wish.”

I have 15 minute interview with @ufc President @danawhite that will air tonight on @CBSSportsRadio at 8 PM Eastern/5 Pacific.

Dana told The Zach Gelb Show on CBS Sports Radio that he and @TeamKhabib have been talking & he expects Khabib to return & go for 30-0.

Nurmagomedov was visibly in tears after the fight, kneeling and weeping after submitting Gaethje. Gaethje, who was temporarily unconscious due to the choke, comforted Nurmagomedov after being resuscitated. However, the way Nurmagomedov explained the decision afterwards indicated a lot of forethought. Nurmagomedov mentioned promising his mother that he would not fight after the Gaethje fight. He also expressed a desire to spend more time with his mother.

Nurmagomedov has received a large amount of praise for both this specific performance and his career as a whole. White himself praised Nurmagomedov in a tweet afterwards, saying: “You [Nurmagomedov] are the P4P best fighter in the world and you truly are the G.O.A.T of the sport.” Certainly, a Khabib Nurmagomedov return would be significant.

There are several fights that have been mooted to serve as Nurmagomedov’s thirtieth. One is the fight between him and current #3 Lightweight contender, Tony Ferguson. The Ferguson/Nurmagomedov fight was long anticipated as both went on 12 fight undefeated streaks at one point. Another is the possible return of legendary welterweight and middleweight Georges St-Pierre. St-Pierre has not fought since 2017 when he defeated Michael Bisping for the middleweight title, which he later vacated. St-Pierre has never fought at lightweight, and the possibility of a catchweight has been discussed. 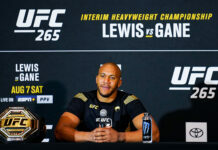 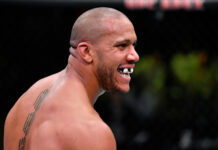