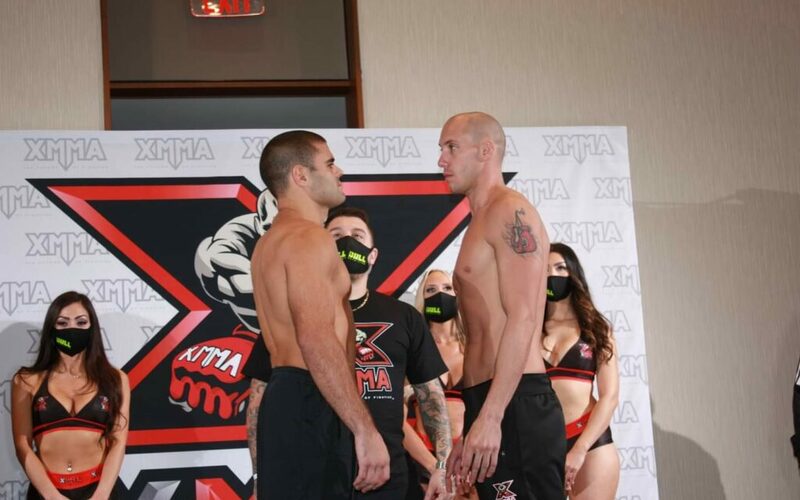 West Palm Beach, Florida plays host to the debut event of XMMA tonight. XMMA 1 looks to launch “The Future of Fighting” tonight, as it has a bevy of names recognizable to fight fans fighting tonight. The card is headlined by a welterweight matchup between former UFC lightweight contender James Vick and Bellator and PFL veteran Andre Fialho. Both fighters are riding a tough losing streak and are looking to get back on track.

UFC veterans are found up and down the card, including Vick, Francisco Rivera, Kyle Bochniak, Kyle Stewart, Marcelo Golm, and Jack May. On top of that, former Bellator and PFL fighters are fighting. Fialho, Ryan Lilley, and Chris Curtis all are looking to pick up wins over their formidable opponents. Titan FC mainstay Caio Uruguai will look to show off his striking prowess in the cage, while popular Olympic wrestler Mahmoud Sebie will make his MMA debut on the prelims, likely looking to take down opponent Jarell Murry early and often.

Two exciting 31 year old heavyweights on the regional scene will also get their chance to shine. Brandon Hebert takes on Golm on the coattails of four straight sub-minute knockouts. Kyle Noblitt, meanwhile, is taking his fight against May on less than a day’s notice after over two years of inactivity.

Stay tuned to MMA Sucka for live XMMA 1 results. The card is set to begin at 6pm ET/3pm PT, streaming live and free on XMMA’s website. The five fight main card is preceded by a four fight preliminary card.

Francisco Rivera def. Ryan Lilley via KO (punches), 4:03 of Round 1

Mahmoud Sebie def. Jarell Murry via TKO (ground and pound), 1:52 of Round 1