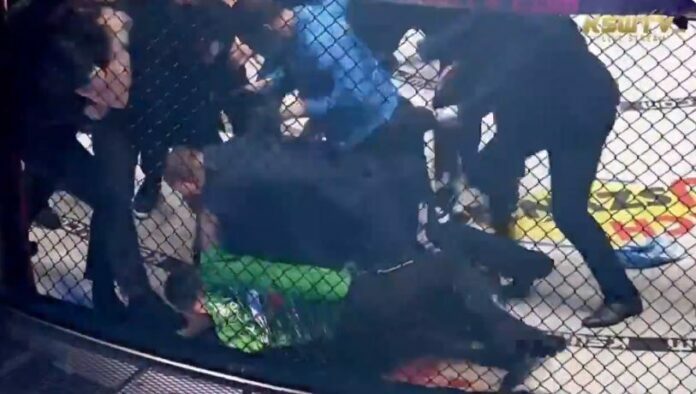 KSW 58 took place on Saturday, January 30, 2021. Normally, KSW is known for its amazing sportsmanship as earlier in the night two fighters hugged before the third round. In what many people considered to be a matchup to determine the next opponent for the welterweight championship, top contenders Shamil Musaev and Uros Jurisic broke out into a post-fight brawl.

After a matchup between arguably Roberto Soldic’s next opponent for the title, Musaev was declared the winner against Jurisic in a battle of two top-ranked undefeated welterweights. The judges’ scorecards were read and Musaev was declared the winner, remaining undefeated. Jurisic did not take to the decision so well and a battle of words broke out between the two sides. With KSW personnel in the ring to try and settle the dispute, the war of words continued. A video clip of the war of words and ensuing braw can be seen below.

The final takedown. Both fighters sliding away from the pack to meet in the free area.#KSW58 pic.twitter.com/8MDxxQmaNl

It appeared to have cooled down a bit and then Jurisic approached Musaev near the edge of the cage. While in the process of putting on his shirt, Musaev was apparently told something that bothered him, leading to Musaev grabbing Jurisic and performing a trip taking both fighters to the ground. Just as both fighters were about to start swinging and turn the verbal dispute into a physical brawl, a flood of people inside the cage rushed to the two fighters to separate.

After the melee was cleared from the cage, Tomasz Narkun was cage-side for the intermission interview. Of course, the recent brawl became the topic of discussion. Narkun stated he knows the owners of KSW very well and they will take immediate action against both fighters. Narkun also said this brawl could affect the standing of BOTH fighters within the organization. Look for KSW to take swift action in this matter. 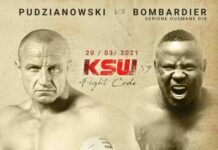