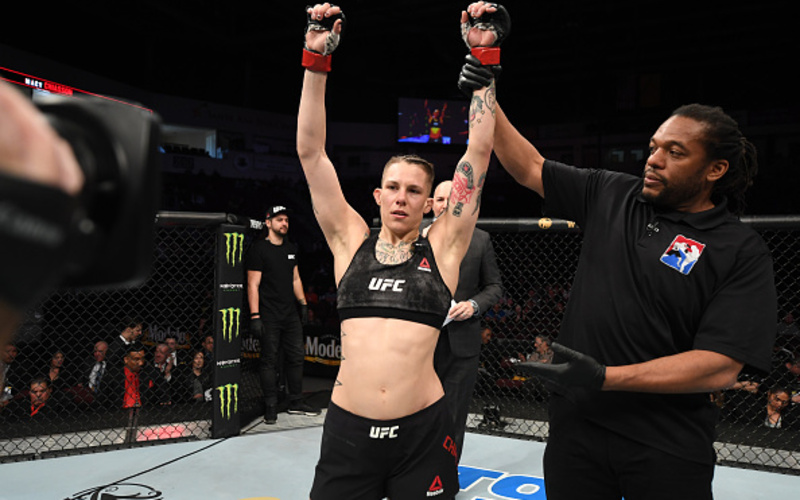 Featured on ESPN+, Macy Chiasson and Marion Reneau will throw down on the UFC Vegas 18 card scheduled for Saturday, Feb.6. The bout will be third from the main event, so all eyes are on the bantamweights to make a statement performance. Each strike will echo inside the UFC Apex in Las Vegas, as most fights these days have either been in Las Vegas or on Fight Island.

Chiasson’s credentials are legitimate, the young prospect won the Ultimate Fighter Season 28. Despite the win coming in the featherweight division, the season showcased Chiasson’s finishing ability. In particular, the 29-year old Fortis MMA product found a way to finish all of her opponents leading into the finale. In addition, Chiasson faced Pannie Kianzad at the end, where the American once again was able to finish the bout but this time with a rear-naked choke. After a series of solid performances, it was clear Chiasson is ready for the big show.

Even though Reneau enters the bout on a three-fight losing skid, she typically falls short to only the elite of the bantamweight division. For instance, Cat Zingano, Yana Kunitskaya, and Raquel Pennington have all challenged for either the UFC Bantamweight or Featherweight Championships. Also UFC Bantamweight, Reneau packs power, but especially with her ground and pound. Prior to the losing streak, Reneau picked up three wins in a row, the first two by ground and pound, and the third by submission.

Macy Chiasson and Marion Reneau – Tale of the Tape

Clearly, a number jumping off the page is Reneau’s age, since Chiasson is thirteen years younger. Another important note is that the 29-year old is about five inches taller than Reneau. In reality, the reach advantage coupled with Chiasson’s striking could spell trouble for the UFC veteran. Although if Reneau can negate those advantages and take the fight to the ground, the crafty UFC mainstay can definitely pull this off.

Don’t miss UFC Vegas 18 and the Bantamweight bout between Macy Chiasson and Marion Reneau going down this Saturday on UFC Fight Pass!