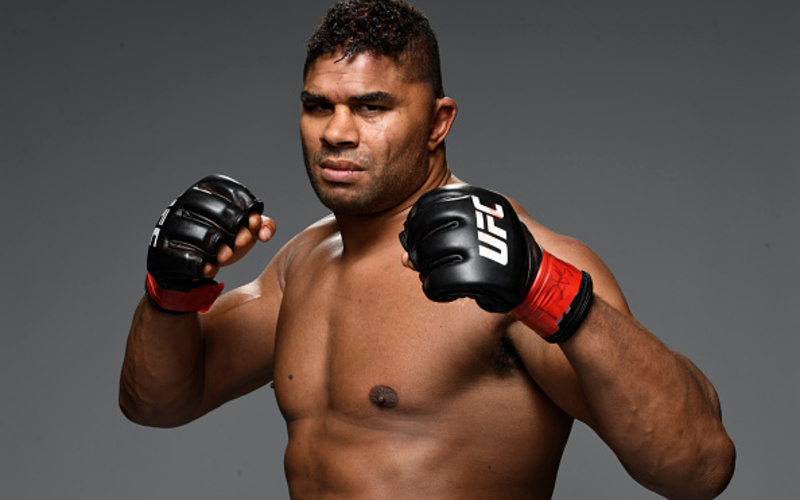 We’ve got your UFC Vegas 18 betting tips here. Alistair Overeem takes on Alexander Volkov in the main event of UFC Vegas 18. Following Dustin Porier’s significant win over Conor Mcgregor, the two heavyweights will have their work cut out for them to match the entertainment provided by UFC 257. The card itself seems ripe for betting with two underdogs being of significant value. That being said, here are some UFC Vegas 18 betting tips to help you win big come Saturday.

Kickboxing legend Alistair Overeem (47-18) will be looking to establish himself as a legitimate title contender with a win over fellow veteran Alexander Volkov (32-8). “The Reem” has been on a phenomenal streak as of late and the former Strikeforce, DREAM, and K-1 kickboxing heavyweight champion is to add a UFC belt to his repertoire in the near future.

Overeem has demonstrated spectacular heart in his last two fights, beating Augusto Sakai and Walt Harris after dealing with significant adversity in both bouts. Overeem is a world-class striker and is great at frustrating his opponents in order to bait them into his powerful counters. “The Demolition Man” has the power to flip a fight in a blink of an eye, and he showed this when he dropped Harris with a beautiful head kick after being rocked earlier in the bout.  Overeem could be two wins away from a title shot and in the twilight of his career, he will let nothing stop him from achieving this goal.

Alexander Volkov will be hoping to crush the Dutchman’s dreams. Volkov is another sharp striker, with 21 of his 32 victories coming by way of knockout. Considering the fact that Overeem was nearly decapitated by both Francis Ngannou and Curtis Blaydes, and was heavily rocked against Harris, Volkov will know that Overeem’s chin is there to be touched.

Despite this, Overeem has an underrated ground game and would be best served to utilize his crushing ground and pound against the Russian. Although Overeem’s conditioning has been compromised due to some brutal losses he still possesses more paths to victory than Volkov. Because of this, Overeem is a solid underdog choice for any UFC Vegas 18 Betting Tips.

The rematch between Beneil Dariush (19-4-1) and Diego Ferreira (17-2) may not have been the rematch UFC fans have always dreamed of, but upon reflection, it is one we certainly deserve. Both men are on an outstanding run of form in the lightweight division and would each rightfully be considered a future title contender with a win.

In his last bout, Diego Ferreira earned a career highlight win, submitting former UFC lightweight champion Anthony Pettis in the second round. Ferreira’s greatest strengths lie on the mat, with 7 of his 17 wins coming by way of submission. Despite this, one of the most impressive things about the Brazillian is how his entire game improves with each fight. Ferreira’s hands are more dangerous than ever and his wrestling has developed to the point that he is a problem for any fighter in the division. If he is able to gain top division it could be a long night for Dariush.

However, when you’re talking about a fighter that is enhancing their abilities every time they enter the octagon, no man stands out above Beneil Dariush. Dariush, once seen as a standard grappler, has become one of the most entertaining action fighters in the UFC in what feels like no time. A sensational comeback armbar vs Drew Dober and a crazy spinning back fist KO of Scott Holtzman are amongst his recent highlights. However, it was Dariush’s impressive rally against Drakkar Klose to win by second-round KO that led to him being awarded the 2020 MMA Sucka Awards Comeback of the Year.

Dariush is more than adept on the mat, being awarded a BJJ black belt in just five years. Therefore, he will be confident that he should be able to survive against fellow black belt Ferreira if he finds himself in a bottom position. However, he should have an advantage on the feet. The creativity and power shown in his recent striking should give Dariush the confidence to engage with Ferreira whilst the fight stays standing.

Dariush won their first encounter and it is good value to bet on him to do so again. The bout has the makings of a barn-burner and likely be very tight, but Dariush should have the edge and is again a very viable underdog to round up these UFC Vegas 18 Betting Tips.