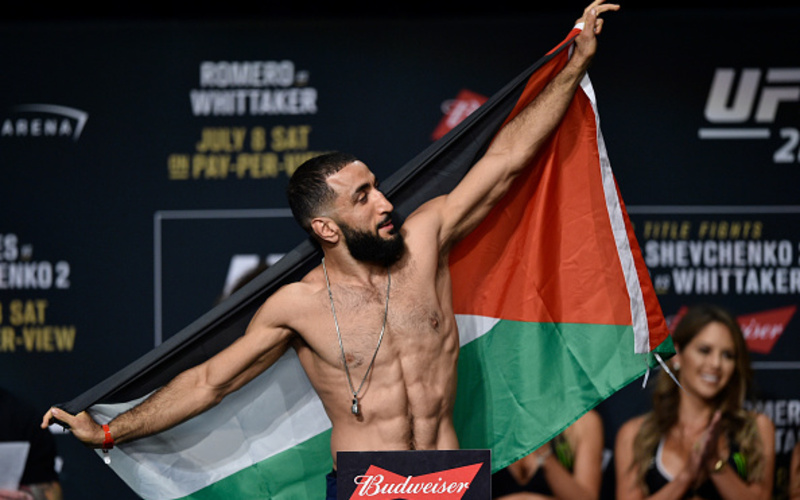 UFC 258 is headlined by a fascinating matchup between UFC welterweight champion Kamaru Usman and Gilbert Burns and we bring you the UFC 258 betting tips. Despite the fun at the top of the billing, the card is weak on the whole and there is a distinct lack of high-value betting underdogs. Because of this, some smart gambling must be employed by punters around the globe. That being said, here are some UFC 258 betting tips to help you beat the bookies this weekend.

Belal Muhammad to win via decision (-135)

Belal Muhammad (17-3) takes on Dhiego Lima (17-7) on the prelims of the card. Both men are coming into the bout on a three-fight win streak. However, one man’s run will be snapped, and more likely than not, it will be the Brazillian who fails to get his hand raised.

In candour, it is clear as to why Muhammad is the significant betting favourite (-410). Muhammad is a very well-rounded fighter and his solid cardio and varied attacks will cause problems for Lima. The Chicago native should be able to set the pace early and simply outstrike lima whilst mixing in his wrestling in order to test the cardio of his opponent.

Lima has shown suspect takedown defence throughout his UFC tenure and this will likely be exploited against Muhammad. Lima has had some success in counter-punching in his recent bouts, however, his lack of one-punch knockout power will mean that this will not be enough to prevent Muhammad’s onslaught of volume. Despite winning his last three, two of these contests were split decisions, indicating that Lima’s uptake in form may be less impressive than meets the eye.

One fair criticism about Muhammad is that he certainly lacks finishing ability. He has one non-decision victory in his last nine bouts, a rear-naked choke over Takashi Sato. However, Lima should have passable enough Brazilian Jiu-Jitsu to prevent falling to the same fate. Therefore, picking Muhammad to win by decision is the top choice of these UFC 258 betting tips.

UFC veterans Bobby Green (27-11-1) and Jim Miller (31-14-1NC) face off in what promises to be a classic striker vs grappler matchup. Despite enjoying mixed fortunes as of late, both men are coming into this contest off of a loss and will be hungry to get back in the win column this Saturday.

The path for victory for Miller is clear: take Green down, submit him. Miller will be making a record-setting 37th fight under the UFC banner and has looked to have had a new lease of life in recent fights after battling against Lyme disease. Miller has slowed down with age, but if he is able to take Green down he will be very confident in outscoring or finishing his opponent.

However, Green is a terrible stylistic matchup for Miller. “King” has looked to maintain most of his athleticism into the twilight of his career, and is notoriously difficult to take, and keep, down. Green is a very clean boxer and should able to tee off on Miller as long as the fight stays standing. However, Green has not finished an opponent in his last thirteen fights and Miller has only two losses by way of knockout. Because of this, picking Green to win by decision is another excellent addition to these UFC 258 betting tips.