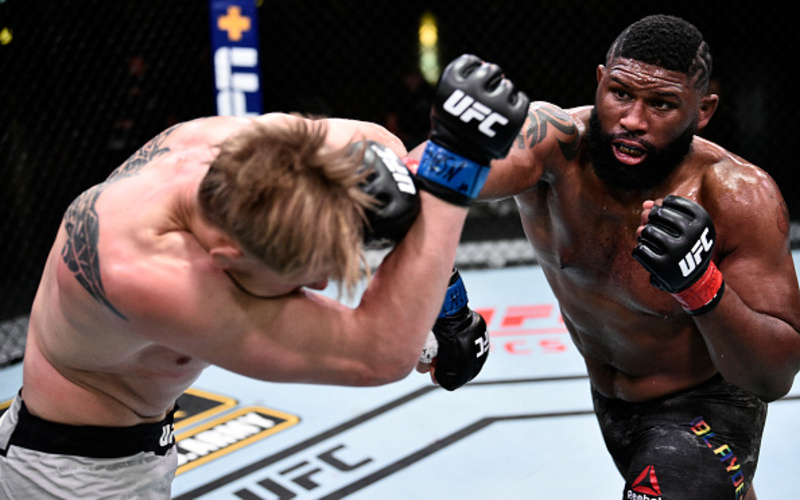 UFC Vegas 19 is an interesting card. Curtis Blaydes and Derrick Lewis will square off in the main event. That fight features a pair of fighters ranked inside the top five. The winner will find themselves at the top of the heap in terms of future title contenders. Stipe Miocic and Francis NGannou are scheduled to meet at UFC 260 in March and the winner will likely be facing Jon Jones after that. So the bottom line is the winner of this clash could well be the new number one contender but will likely have to wait for a possible shot at the crown.

Curtis Blaydes (14-2)
Curtis Blaydes is an impressive fighter. His standup is improving and his ground game is pretty stellar. He has great takedowns and is super heavy in the top position. He can hold most fighters down and control them. It makes him very difficult to handle in the Octagon.

Blaydes has lost twice in his career, both times at the exceedingly heavy hands of Francis NGannou. He’s won four consecutive fights, including wins over Alexander Volkov and Junior Dos Santos.

Derrick Lewis (24-7)
Derrick Lewis can end a fight with either hand at any time. He is an explosive striker who despite not having the best takedown defense, has an uncanny ability to get up almost immediately. He enters this fight having won three in a row, defeating Aleksei Oleinik, Ilir Latifi, and Blagoy Ivanov. He has a tremendous ability to lose the first 10-12 minutes of a fight and then steal it with a stoppage late. He’s just always one punch away. He will try and keep the contest standing, otherwise, he runs the risk of being smothered.

This is a great contest in the heavyweight division and a fight that needed to happen. It’s the classic striker vs. wrestler fight. Curtis Blaydes is playing with fire if he opts to stand up and trade. He would be much better off searching for the takedown and punishing Derrick Lewis on the canvas. Derrick Lewis on the flip side wants to stand and land one of his trademark hammers and knock out Blaydes.

At the end of the day, styles make fights and this is simple. If they stand, Lewis wins, if they grapple, Blaydes wins. Blaydes is an expert at plying his trade and taking the fight into his realm, and that doesn’t bode well for Derrick Lewis.