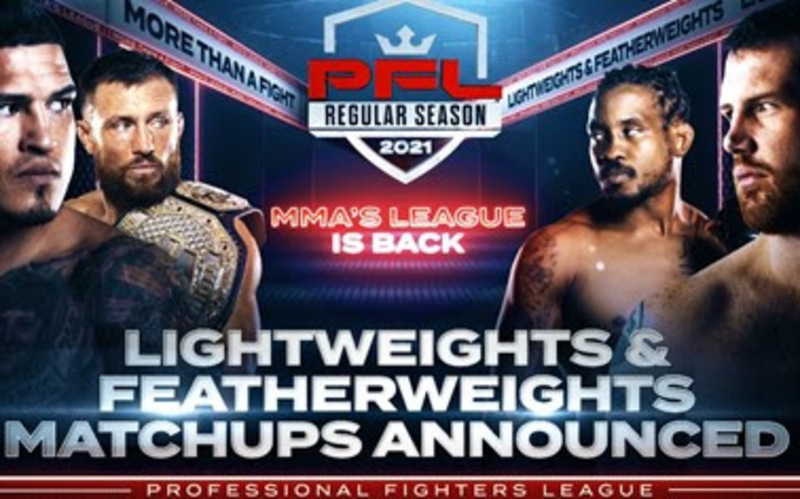 PFL has returned with a bang. The inaugural PFL has been announced, the event will be on April 23rd, 2021 on ESPN+ and ESPN 2. Headlining PFL 1 will be former WEC and UFC lightweight champion Anthony Pettis, he will face Clay Collard for his PFL debut. After a hiatus in 2020 due to COVID-19, PFL is having its much-anticipated return in 2021. This return event will begin the PFL 2021 Regular Season match-ups for lightweights and featherweights.

Two knockout specialists will meet in the headliner for PFL 1. Clay “Cassius” Collard is a veteran of boxing and MMA, having a boxing record of 9-3 and an MMA record of 18-8. Anthony Pettis (24-10) has seen it all since his debut in MMA in 2007. WEC & UFC gold, flying cage kick, and a full resume of many top names from lightweight, featherweight, and welterweight on his fight record. Clay Collard had four fights in the UFC and will also be making his debut in PFL alongside Pettis. Collard and Pettis have a combined 21 knockouts on their record.

Additionally announced is the return of Brazilian two-time PFL lightweight champion Natan Schulte (20-3). “Russo” is a submission specialist with nine wins via submission. The two-time champion will meet Polish submission fighter Marcin Held (26-7). Held made his pro debut in 2008 and in that time has won 54% of his fights by way of submission.

Also on the main card for PFL 1 will be a clash of two NCAA Division I wrestlers. Bubba Jenkins (14-4) will meet two-time PFL featherweight champion Lance “The Party” Palmer (22-3). Palmer was the 2018 and 2019 PFL season featherweight champion. Jenkins graduated as an NCAA D1 champion, winning a title in 2011.

Olivier “The Canadian Gangster” Aubin-Mercier (11-5) will be fighting on April 23rd against Germany’s Joilton Lutterbach (34-8). Aubin-Mercier, formerly of the UFC, and Lutterbach will both be making their PFL debut.

Keep it locked to MMASucka.com for more on the PFL 2021 regular season.