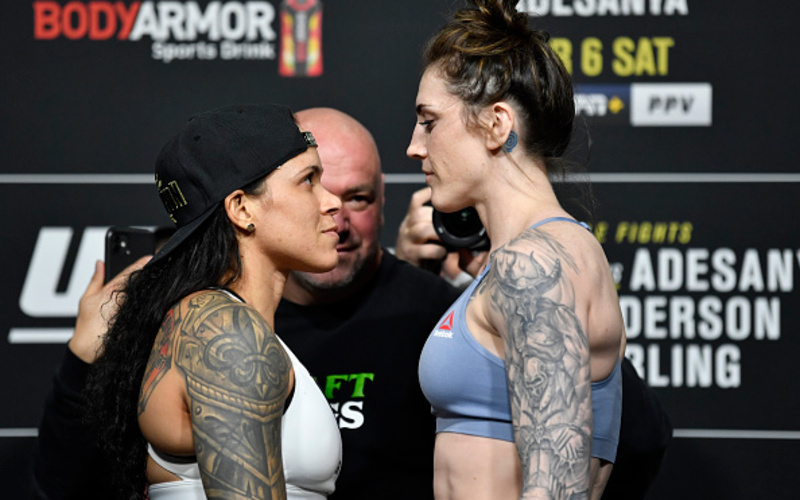 The month of March will kick off in thrilling fashion for our MMASucka staff picks with UFC 259. The event will take place tonight, March 6 from the UFC APEX in Las Vegas, Nevada. Main card action will begin at approximately 10:00pm ET (7:00pm PT) live on pay-per-view.

Three stacked title fights will close off the PPV card, the first being in the main event between light heavyweight champion Jan Blachowicz and challenger Israel Adesanya. Blachowicz will look for his first title defense at 205 pounds after his September 2020 win fgof Dominick Reyes. The Polish man has finished five of his last eight opponents inside the octagon, only suffering a single defeat to Thiago Santos through his last nine UFC outings. His opponent, Adesanya, will hope to become the fifth double-champion in promotional history tonight. This will be his first professional fight outside of middleweight as he aims to stay undefeated at 20-0 in his mixed martial arts career.

The second fight for the belt falls in the co-main event slot at 145 pounds between Amanda Nunes and Megan Anderson. Nunes has continued her incredible dominance over the past six years in which she simultaneously remains the bantamweight and featherweight queen. Former Invicta FC featherweight champion Anderson will look for the massive upset in her first UFC title shot after two back-to-back first-round finishes.

Lastly, Petr Yan will battle Aljamain Sterling on the main card for bantamweight gold. Russia’s Yan made a dominant statement last July with his fifth round finish of Jose Aldo, taking the vacant 135-pound belt. Serra-Longo’s Sterling has racked up an impressive five-fight win streak including his title eliminator finish of Cory Sandhagen to earn what will be the biggest fight of his career.

See our staff picks for UFC 259 further below.

Throughout the calendar year, staff picks will be composed of main card fights from UFC and Bellator events. PFL will make its debut beginning in April, along with Dana White’s Contender Series in the summer.

See our staff picks for UFC 259: Blachowicz vs. Adesanya below.