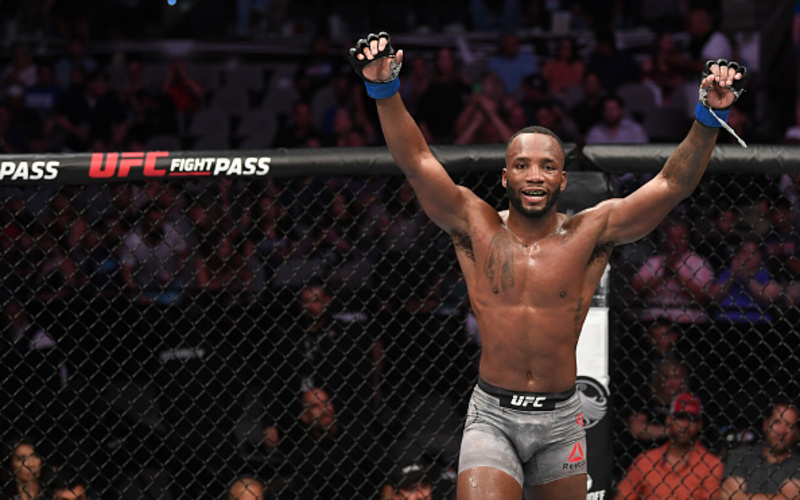 Coming off of UFC 259, one of the most stacked cards of all time, UFC Vegas 21 is a slightly underwhelming event. However, Leon Edwards will be looking to make a statement in the main event of the evening in order to earn a rematch against the formidable Kamaru Usman. There is a stark lack of underdogs available to punt on this weekend, so these UFC Vegas 21 betting tips are comprised of three high-value favourites.

Manel Kape (15-5) takes on Matheus Nicolau (15-3-1) in the flyweight division. Both men will need to make a statement in order to establish themselves as UFC calibre athletes. However, there are a few indicators that suggest that Kape shall prevail over the Jackson-Wink fighter.

Kape made his UFC debut in a decision loss against Alexandre Pantoja. Kape was incredibly reserved, staying very low output whilst also landing nothing of significance. The contest was not a reflection of the Portuguese’s skills. Kape is an outstanding striker, with a knockout win over Kai Asakura, one of the best bantamweights on the planet. “Prodigio” will be best served to simply let his hands go against Nicolau, utilising his strength and clean boxing technique to dominate the bout on the feet.

Nicolau poses threats in the contest too. He is a Brazillian Jiu-Jitsu black belt and hits very hard, meaning that Kape will have to stay wary for the entire 15 minutes this Saturday. However, Nicolau has not fought since August 2019 and does not have any wins near the calibre of his opposite number’s victories. Nicolau certainly does not have an iron chin, something that Kape will seek to capitalise on. Despite a lacklustre UFC debut, Kape should be able to show his class what should be a vaguely competitive tuneup bout.

Darren Stewart (12-6-1NC) faces Eryk Anders (13-5) in the main card opener where both men will be seeking to return to the win column in the middleweight division. What is most intriguing about this matchup is the trajectories both fighters are on. Stewart has looked better than ever in recent bouts, showing genuine technical development. However, Anders has lost the hype the veteran carried in his early UFC career and will perhaps be concerned about his future with the promotion is he suffers yet another loss.

Eryk Anders has been a puzzle throughout his career. Despite being a former American Football linebacker, Anders has never been a terrifying takedown artist in the UFC. In addition to this, although he has shown ferocious power in his eight wins via knockout, Anders has been outstruck by any borderline elite opposition he has faced. Anders has only two wins in his last six bouts. Both of those victories have aged terribly, with both Gerald Meerschaert and Vinicius Moreira being shown to be below average competitors in the promotion.

Because of this, Stewart will be confident in keeping the fight standing and cruising to the biggest victory of his career. In his last octagon appearance, Stewart dropped a razor-tight split decision to Kevin Holland. This is a testament to the Brit’s development, after starting his UFC career with four straight bouts without a win. Stewart has shown incredible heart in numerous hard-fought comebacks, and if the fight is to go into deep waters it is likely he will be able to break Anders’ spirit.

Khalil Rountree set out an excellent blueprint to dismantle Anders, namely, leg kicks. It will be interesting to see if Stewart tries to mirror this gameplan in order to create openings to the head of his opponent. Overall Stewart should have the tools to win this one and is a great pick for any UFC Vegas 21 betting tips.

Despite being an overwhelming favourite, it would be a wise choice to use Leon Edwards (18-3) as a topper for any bets you make on this event. This is meant as no disrespect to the always game Belal Muhammad (13-8), but it is likely that the Brit is too big a step up in quality for the Roufusport competitor.

Muhammad is an excellent pressure fighter and is well-rounded enough to cause most fighters in the division problems. However, it almost seems like everything he can do Edwards can do better. Edwards has dominated truly elite competition such as Rafael Dos Anjos whilst Muhammad has never even fought an athlete of that level.

Edwards should be able to keep Muhammad at range with kicks and a stiff jab whilst throwing lethal elbows whenever a clinch situation arises. Muhammad’s best hope lies in draining Edwards’ gas tank. Edwards has not fought since July 2019 and has marginally slowed down in the later rounds of a lot of his contests. However, he is still a world-class fighter who should be challenging for the belt, not taking on lowly ranked contenders. Therefore, Leon Edwards is the final highlight of these UFC Vegas 21 betting tips.

Thanks for reading these UFC Vegas 21 betting tips! Stay tuned right here at MMA Sucka for more live streams as well as videos highlighting the top fighters, commentators, coaches, promoters, and other names in MMA and combat sports. We also bring you great offers on the latest MMA products and merchandise. You can also subscribe to our YouTube channel for regular updates and all the latest fight news. You can also check out our sister site, at TheFightBuzz.com for the latest from the world of MMA and other combat sports.
Comment on this article
Give us feedback