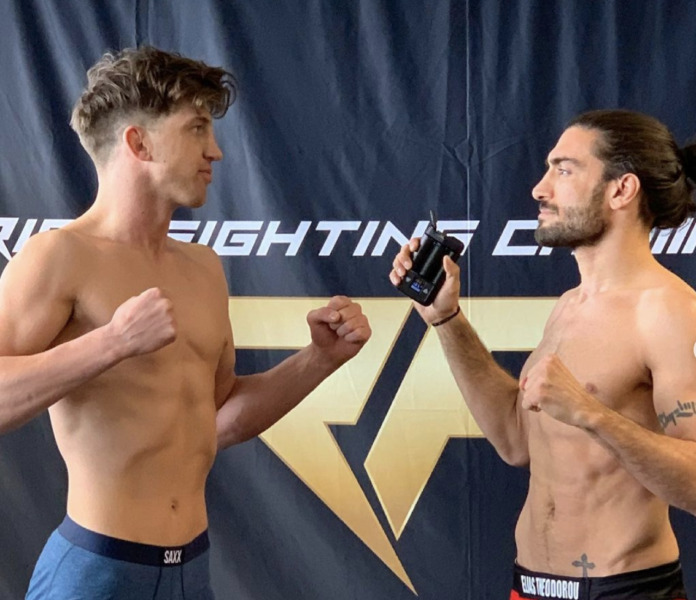 The return of British Columbia MMA is upon us. Rise FC is the first to hold an event since the COVID-19 global pandemic hit in the beautiful province. On Saturday evening, we will have full Rise FC 6 results for you.

The main event is a battle between two former UFC combatants, as Kelowna’s own Matt Dwyer takes on Elias Theodorou.

Theodorou (17-3) hasn’t fought since December 2019. It was his first bout after departing from the UFC. The 32-year-old earned a TKO victory against Hernani Perpétuo at PFC 12. Theodorou was 8-3 under the UFC banner and parted ways with the promotion after a loss to Derek Brunson in mid-2019.

Dwyer (11-7) was released from the UFC in 2016 and went on a three-fight winning streak following his departure. The 31-year-old hit a skid in the road, as he’s currently on a three-fight losing streak. All three fights took place in 2019. Most recently, the Kelowna product lost a decision to Mikhail Ragozin at RCC 7 in December 2019.

The three-fight card will kick off with two fighters making their professional debuts. Zuma product Russ McCumber will take on Isaiah Metituk.

You can watch the event live and exclusively on the Imagine BC App for just $4.20.

Elias Theodorou def. Matt Dwyer via TKO (Strikes) at 1:20 of Round 3

Josh Kwiatkowski def. Blake Sigvaldason via TKO (Strikes) at 2:59 of Round 1

Russ McCumber def. Isaiah Metituk via TKO (Doctor’s Stoppage Due to Cut) at 1:05 of Round 2