Miesha Tate to Return to the UFC on July 17 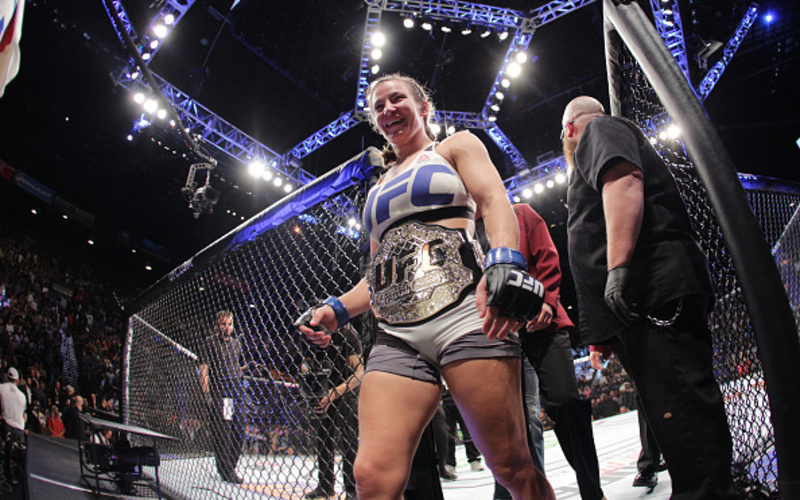 Miesha Tate, the former UFC women’s bantamweight champion, is set to make her return to the promotion. Tate on Wednesday informed ESPN’s Brett Okamoto of her decision to return to action.

Tate, who was also at one point the Strikeforce women’s bantamweight champion, has been retired from professional MMA since November 2016 after being defeated by Raquel Pennington.

Tate will fight Marion Reneau in her comeback fight at a UFC event scheduled for July 17. Reneau is coming off of a four-fight losing streak, with her most recent fight being a loss to Macy Chiasson. Reneau announced that her fight with Tate will be her last.

Miesha Tate to return to the UFC

Miesha Tate has previously had a long career at the top of the UFC bantamweight division. She fought Ronda Rousey twice, once in Strikeforce and once in the UFC, and lost both times. She won the UFC women’s bantamweight strap by submitting Holly Holm in the fifth round. Holm, at the time, was fresh off her destruction of Rousey. Tate would also defeat mainstays of the UFC women’s roster like Sara McMann and Jessica Eye during her run in the UFC.

During her period of retirement, Tate stayed active in the martial arts scene, serving as a spokeswoman for ONE Championship and competing in submission grappling at promotions like Submission Underground.

The woman who defeated Tate for the championship and took her belt from her, Amanda Nunes, still holds it, almost five years later.