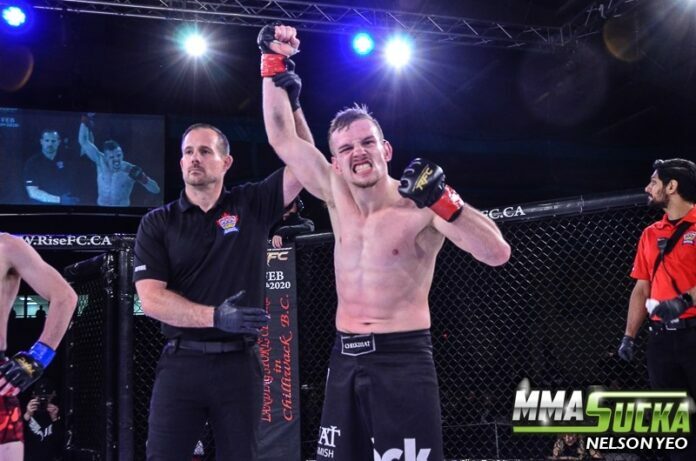 A featherweight feud will finally be settled, as Josh Kwiatkowski and Lucas Neufeld has been inked for BFL 67.

Josh Kwiatkowski vs. Lucas Neufeld goes down at BFL 67

Both men have called for this fight to happen and Battlefield Fight League made it come to fruition.

Kwiatkowski (5-2) is currently riding a four-fight winning streak. “Juggernaut” has finished three of those four fights and in highlight-reel fashion. Most recently, the 27-year-old earned a round one TKO against Josh Sigvaldason at Rise FC 6. This will be Kwiatkowski’s first professional fight under the BFL banner.

Neufeld (5-1) has not fought since the beginning of 2020. After finishing Cleve Bentley in the first round of their Fight Night 12 bout, he had two follow-up bouts cancelled. “Wild Thing” is on a two-fight winning streak and only has one blemish on his record.

Josh Kwiatkowski vs. Lucas Neufeld will take place at BFL 67, which will go down on June 4, 2020. The event will air live and exclusively on UFC Fight Pass.