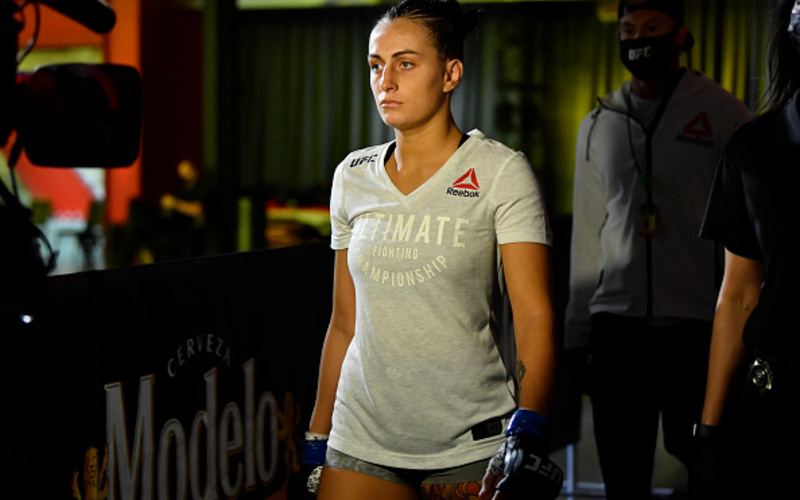 We previously brought you part one of our UFC debutants in 2021, focussing mainly on January. We named Michael Chandler as the main standout debutant, impressing massively and consequently earned himself a title shot.

In this edition, we focus on February and March and again give a nod to those UFC debutants who impressed the most.

The UFC welcomed the highly touted, Manel Kape. We know that he is talented and well respected by the UFC. He served as the replacement for the flyweight title fight at UFC 256 but wasn’t needed. The former Rizin bantamweight champion faced Alexandre Pantoja in his debut and to his surprise, lost by unanimous decision. He simply didn’t do enough and consequently dropped his debut. The good news for fans of Kape was that he was back in action as a late replacement facing Matheus Nicolau. Unfortunately for both Kape and his fans, he again lost a decision. This one came with much more controversy, however. Although it was ultimately the judges’ decision on the night that mattered, 21 out of 21 media members scored the fight for Kape. Expect Kape to be back in there again soon, he appears to enjoy being active whilst in the UFC, having taken a year off prior to his debut. He’s certainly a talent and in a flyweight division that needs a star and Kape could certainly be that guy…as long as he wins his next fight that is.

Headlined by Kamaru Usman and Gilbert Burns, UFC 258 also saw the debut of Philip Rowe. Despite being scheduled three times for his UFC debut previously, Rowe finally made the walk. Having withdrawn twice and having one bout cancelled due to COVID-19, Rowe’s debut was long overdue. Unfortunately for him, his debut didn’t go to plan. He fought very well, but having received two low blows in the second round, Rowe was unable to fully recover. He was caught and dropped at the end of the second and was also caught with a heavy leg kick later on in the fight which ultimately decided it. Rowe has a future in the UFC, he’s big for the weight class at 6’3, similar to Neil Magny. We hope to see Rowe back in there soon.

UFC Fight Night 185 saw three UFC debutants. With one win and two losses there were certainly mixed results. Jared Vanderaa debuted against Sergey Spivak. Having won on the contender series, Vanderaa was somewhat thrown in at the deep end. Spivak is on the brink of a top 15 slot and has had five UFC fights. It showed, Spivak finished Vanderaa in round two via ground and pound. Vanderaa gets another shot, however, and is scheduled to face Justin Tafa in May.

The second UFC debutant to make their debut on the night was Drako Rodriguez. He suffered the same fate as Vanderaa, however. He was finished first round, just three minutes into his UFC experience. Another product of the contender series, he impressed on the show, however, when it came to the bright lights of Vegas seemed to be too much.

The most impressive debutant on the night and arguably one of the top this year got her UFC journey off to a winning start. Casey O’Neill dominated and finished Shana Dobson in the second round. She took a few shots to work her way in but once she got her down, it was all O’Neill. Unlucky not to have received a performance of the night, everyone was convinced of O’Neill’s ability. She’s already scheduled again in June, this time against Lara Procopio. If she can progress to 2-0 by the middle of the year, expect her to get back out again and really take the flyweight division by storm.

The only debutant on this card was Ronnie Lawrence. What a debut it was. Lawrence secured the third-round TKO and also notched a performance of the night bonus. What was refreshing to see is that Lawrence was cruising his way to a victory on the scorecards, controlling his opponent on the ground but still looked for and got the finish. At 7-1 with a strong amateur record, Lawrence could make waves at 135lbs. If he’s matched well next, a Louis Smolka or John Castaneda fight make sense, he could see himself in the top 15 soon.

UFC 259 saw two UFC debutants. Firstly, team member of the headliner, Israel Adesanya, Carlos Ulberg. The 30-year-old Ulberg has a strange MMA record. Entering the UFC at 3-0, with one of those fights being on the contender series. His first MMA bout was back in 2011, followed by his next one in 2018. In between his 2018 bout and his contender series fight, Ulberg had three kickboxing bouts. His inexperience arguably showed. Despite dominating the first round, he couldn’t get Kennedy Nzechukwu out of there. He gassed out and paid for it. He was finished, brutally in the second round. He’ll come again for sure. Expect to see him on the same card of one of his teammates soon enough.

More successfully was the UFC debutants to feature at UFC 259 was Uros Medic. Medic turned up in a massive way at UFC 259. The lightweight from Serbia dominated his opponent to a first-round TKO finish. The bout should have been stopped much, much earlier than it was but let that not take away from Medic’s performance. ‘The Doctor’ is certainly going to be a problem.

All three UFC debutants were unsuccessful in their UFC debuts at UFC Fight Night 187. Firstly, strawweight, Gloria de Paula lost a decision to Jinh Yu Frey. Later on, late notice replacement, Rafa Garcia couldn’t do enough over 15 minutes and finally, another late notice opponent, Marcelo Rojo was finished in the third round. The most impressive of these was certainly Rafa Garcia, who showed slick stand-up and an ability to improve, especially at 26 years old. Both de Paula and Rojo will likely be given another shot but don’t expect anything massive from either fighter.

UFC on ESPN 21 saw five UFC debutants and also the first-ever husband and wife compete on the same card in UFC history. It didn’t go great… in the first fight of the night, JP Buys suffered a second-round knockout loss. His wife, Cheyanne Buys suffered a similar fate and fell to 5-2. She was largely out-grappled by fellow debutant, Montserrat Ruiz. Ruiz showed a strong head-lock game throughout, dominating Buys on the floor. Although it isn’t pretty or fun to watch, Ruiz’s style was certainly effective.

During fight week, Harry Hunsucker (great name) stepped in to face Tai Tuivasa. His debut lasted just 49 seconds when the Aussie finished it. Despite this, Hunsucker saved a fight and allowed Tuivasa to get a fight, so should certainly be given another fight in the UFC.

Jesse Stradler certainly had a debut to forget. On the Friday, he missed weight by 1.5lbs, forfeiting 20% of his purse and on fight night he lasted just shy of two minutes. Montel Jackson finished him with strikes in what was Jackson’s first finish since 2018. Stradler hasn’t exactly put his name out there but as per his Instagram, he took the fight on 10 days notice.

Fabio Cherant featured as a late replacement, stepping in to face Alonzo Menifield. Cherant held a record of 7-1, only losing on the contender series. Before turning professional he’d finished three fights via submission and since turning professional, he’s finished five fights by submission. He clearly knows how to grapple…however, he forgot the number one rule when trying to lock in a guillotine. When your opponent gets to side control, let go! Cherant allowed himself to get into a compromising position and get Von Flue choked. He’ll likely get another shot in the UFC and could go far. At just 26 he’s yet to hit his peak so has room for improvement.

There are two standout UFC debutants that stick out during February and March. Firstly, ‘King’ Casey O’Neill. She dominated Shana Dobson on her way to her first octagon victory and has positioned herself well already in the UFC flyweight picture. With her next fight already booked, many people are already on the O’Neill hype train.

Secondly, Uros Medic showed up, showed what he’s about and put on a show. Medic’s next fight will be interesting as he will look to pick up where he left off and hopefully make a run towards the top 15. He certainly has the skills to do so and the future looks bright for Serbian MMA.