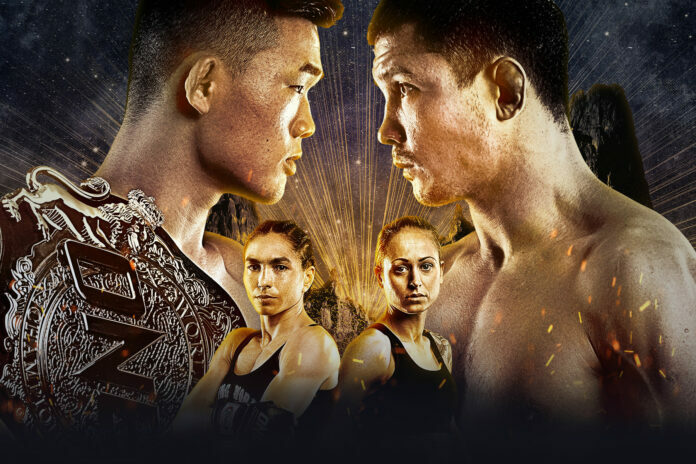 ONE Championship’s foray into United States primetime television continues on Wednesday, April 14, with ONE on TNT II. The five-bout card will be headlined by a ONE Lightweight World Championship contest.

Christian “The Warrior” Lee puts his gold on the line against heavy-handed Timofey Nastyukhin.

Nastyukhin claimed his title bid with impressive back-to-back victories inside the ONE Circle. The Russian gave a rude welcome to Eddie “The Underground King” Alvarez at ONE: A New Era before he returned against lightweight contender Pieter Buist and won a unanimous decision.

But the champion has been on a roll.

In his first official title defense, Lee took out Iuri Lapicus in the first round. Now Lee meets one of the few lightweights he has yet to defeat. In a quest to clear the division in its totality, the United MMA star will have to shine in primetime.

The American put on a show in her last outing opposite Alma Juniku and will try to lay claim to being the next title contender as she tries to become a two-sport World Champion.

ONE on TNT II promises to be another exciting card in ONE’s extraordinary month on the primetime stage.

ONE on TNT Full Card